The Honor Play 3 launched in September is back in the news as the phone maker just launched a new variant of the device. The Play 3 will indeed be available in the color option Icelandic White; a coloration we’ve already seen in various Honor phones.

The new Icelandic White Honor Play 3 will join the Aurora Blue, Magic Night Black and Red Flames variants at the Double Eleven Chinese festival. The White version will also be priced just like other ones at 999 Yuan; around $142 or 130€. 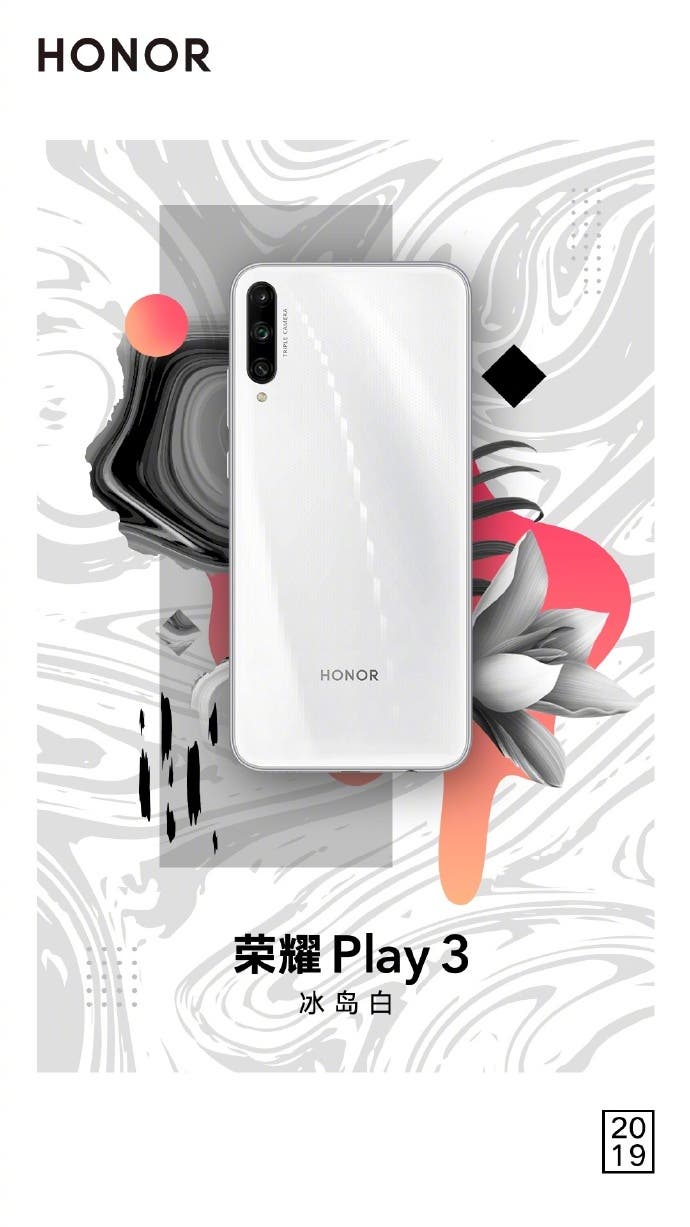 Aside from the light color back cover we do not see any other changes on the hardware side. This means we find a large 6.39-inch display with a punch hole camera design. The display also covers 90% of the front, according to official data and it sports German Rhine eye protection technology; basically it reduces the not too friendly blue light. 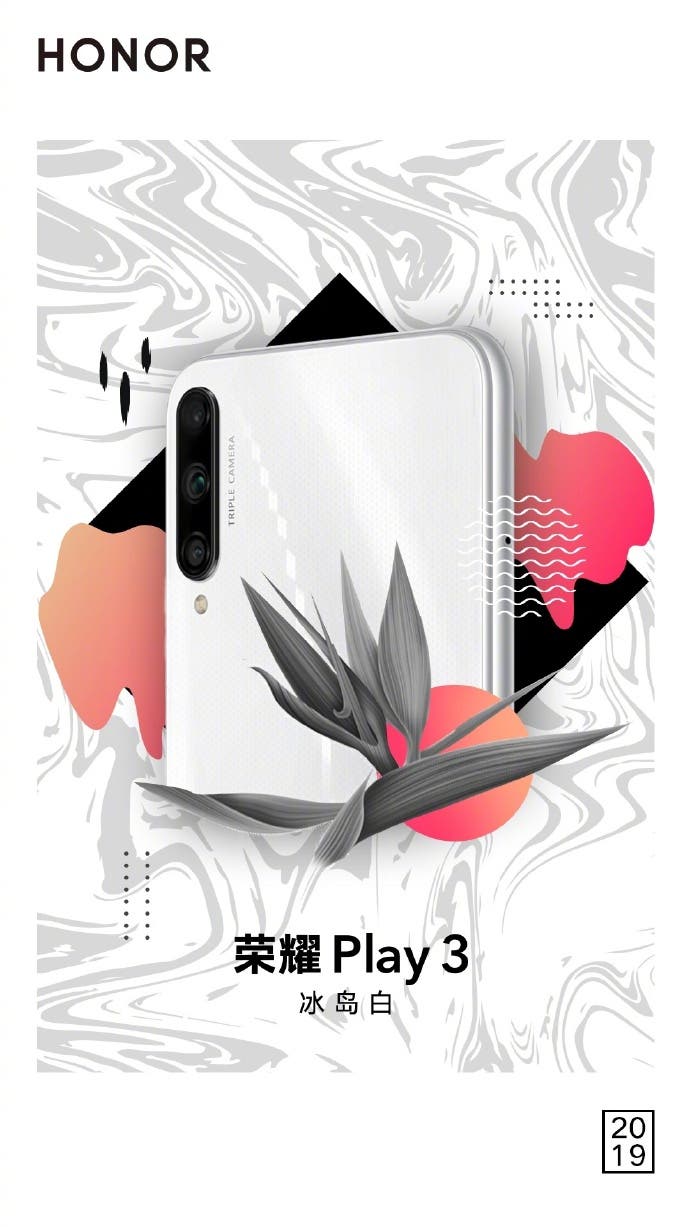 Honor’s Play 3 is powered by a Kirin 710F chip, supplemented by up to 6GB of RAM and a maximum of 128GB of storage. Meanwhile in the camera department we find a main 48 rear camera, along with an 8MP super wide angle and a 2MP depth sensor.

The smartphone is then equipped with GPU Turbo 3.0 technology, GameDock game mode, Vulcan mode and other modern features. Finally, the Play 3 is fueled by a large 4000mAh capacity battery.

As we previously mentioned, the smartphone will have a starting price of 999 Yuan ($142) for the 4GB/64GB memory combo.