Samsung has obtained the publication of a patent for a mobile device very similar to the recently announced Microsoft Surface Duo. A Samsung smartphone with dual-screen, as if they were two smartphones joined together by a zipper. What is surprising is that the patent application was filed by Samsung in July 2015, well before the rumors began on Duo.

As if this were not enough, Samsung has already similar patents before that. The image below comes, for example, from the end of 2013. That it is so old and can be easily understood by looking at the “design”. Even if it is only an example. It ha a 16:9 screen, not stretched like current tradition. With four capacitive keys external to the display and pronounced upper and lower margins. 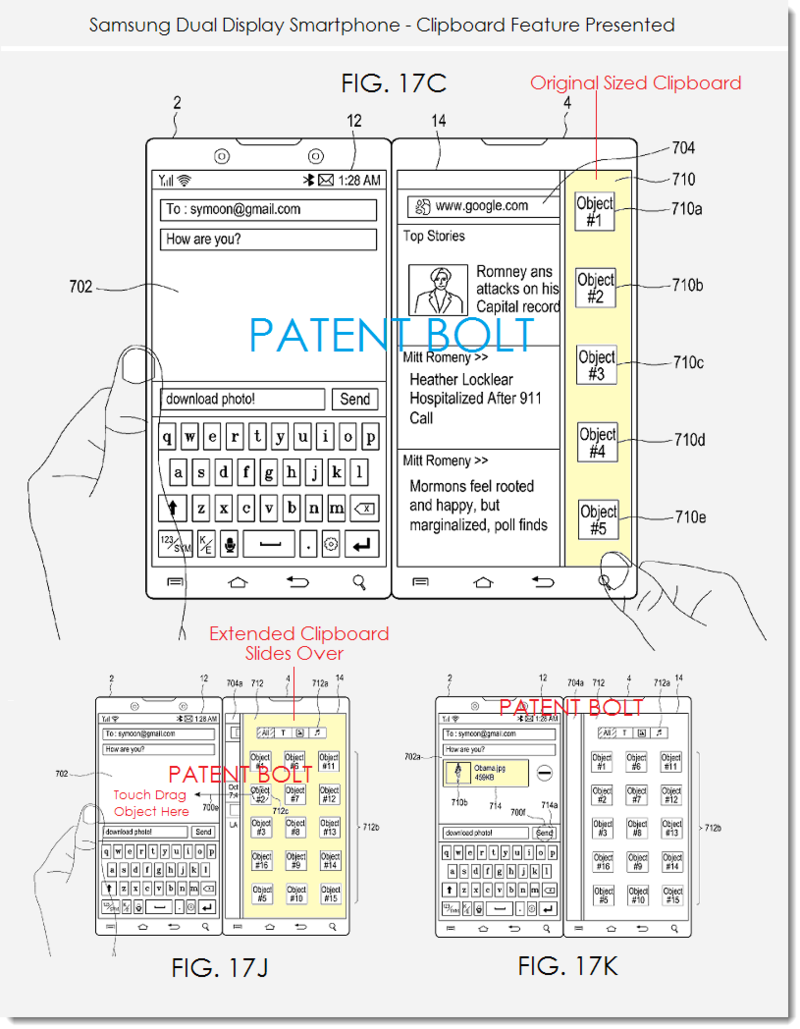 In all this we do not have the certainty that Samsung wants to build such a device especially when we look at how much time has passed and the direction taken by the company.

Samsung got the patent 10.459.625 covering a dual-screen smartphone. There are over 100 patent figures in Samsung’s patent.

Coincidentally Microsoft got also a patent for their dual-screen device. Under 10.451.911 late last month which resembles their future Surface Duo smartphone.