We first heard about the Realme 5s sometime in October, when it was spotted on India’s Bureau of Indian Standards (BIS) suggesting its imminent launch. The rumor mill has been silent about the device, though there were suspicions it might be one of the  “other surprises” the Chinese firm promised to unleash at the Realme X2 Pro India launch.

Now, it is now evidently clear that the said device will tag alongside the Realme X2 Pro as suggested by a Flipkart listing. While the eCommerce site hasn’t revealed a full teaser page for the Realme 5s,  it has one for the upcoming Realme X2 Pro, and on top the page is a ticker that says the Realme 5s is coming soon.

We are not sure what the device will bring to the table, but like most other mid-cycle refresh phones, the 5s might not come with any substantial upgrade over the Realme 5. The Realme X2 Pro India launch is scheduled to hold on November 20th, so we expect to see some Realme 5s teasers in the coming days if indeed it will launch alongside the X2 Pro. 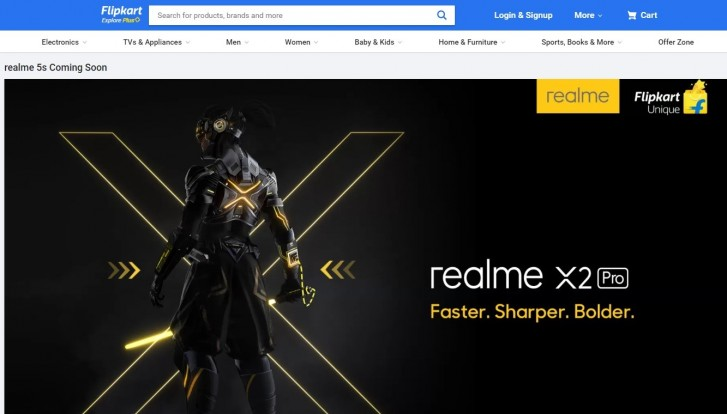 The Realme X2 which is the brand’s first major flagship device first launched in China back in back in October. It is already on sale in a number of European countries including Spain, Belgium, France, Italy, Luxembourg, the Netherlands, Poland, Portugal, and the UK.

Next Google is collecting private medical records without patient consent