Realme has scheduled an event for November 20 to unveil the much anticipated Realme X2 Pro in India. A couple of days back, the brand even teased Realme 5s with a massive 5,000 mAh battery. And now, Flipkart has a dedicated page for the phone revealing 48MP quad-camera setup and November 20 launch date. Hence, we can now confirm that Realme 5s will make its debut alongside the Realme X2 Pro at the same event. 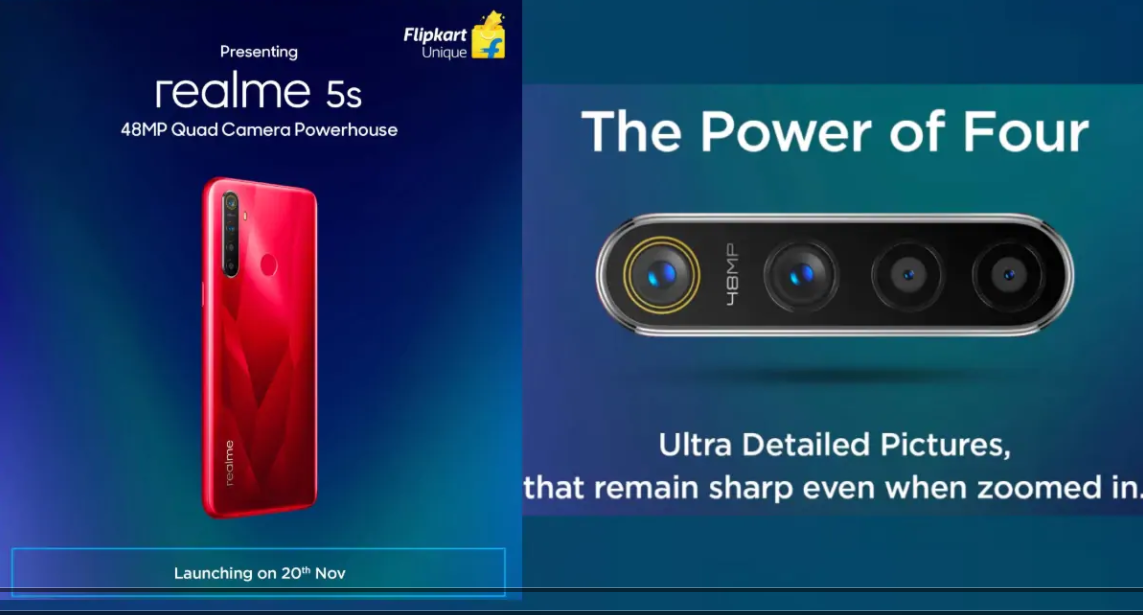 As far as the specifications are concerned, the upcoming Realme 5s will come with 48MP(sensor unknown at the moment) quad-camera setup,  a step-up from the regular Realme 5 and a massive 5,000 mAh battery similar to its predecessor. According to a BIS(Bureau of Indian Standards) certification, this forthcoming phone will bear the model number RMX1925 which coincidentally lines with Realme XT’s model number – RMX1921. Whereas, the Realme 5 and Realme 5 Pro packs model numbers RMX1911 and RMX1971 which are different from that of Realme 5s.

Apart from the above details, nothing much is known about this impending budget smartphone from Realme. Anyways, we expect it to be priced around ₹9,999 to go toe-to-toe with the Redmi Note 8 from Xiaomi. On the other hand, the regular Realme 5 now starts at ₹8,999 after a recent price drop imposed by the brand.