Good news for the owners of Galaxy Note 9 and Galaxy S9, the beta version of Android 10 with One UI 2.0 is about to reach Samsung 2018 flagships, as confirmed by the company in a response to a user of the community.

The closing of the registrations for the Galaxy S10 could, therefore, have been a sign of the imminent opening of those for S9 and Note 9. Obviously it will start from Korea, to then gradually expand the beta all over the world.

Meanwhile, there is good news for those who own the Galaxy Note 10. Which today in India is seeing the second iteration of the beta released. Of which you can see the changelog below. 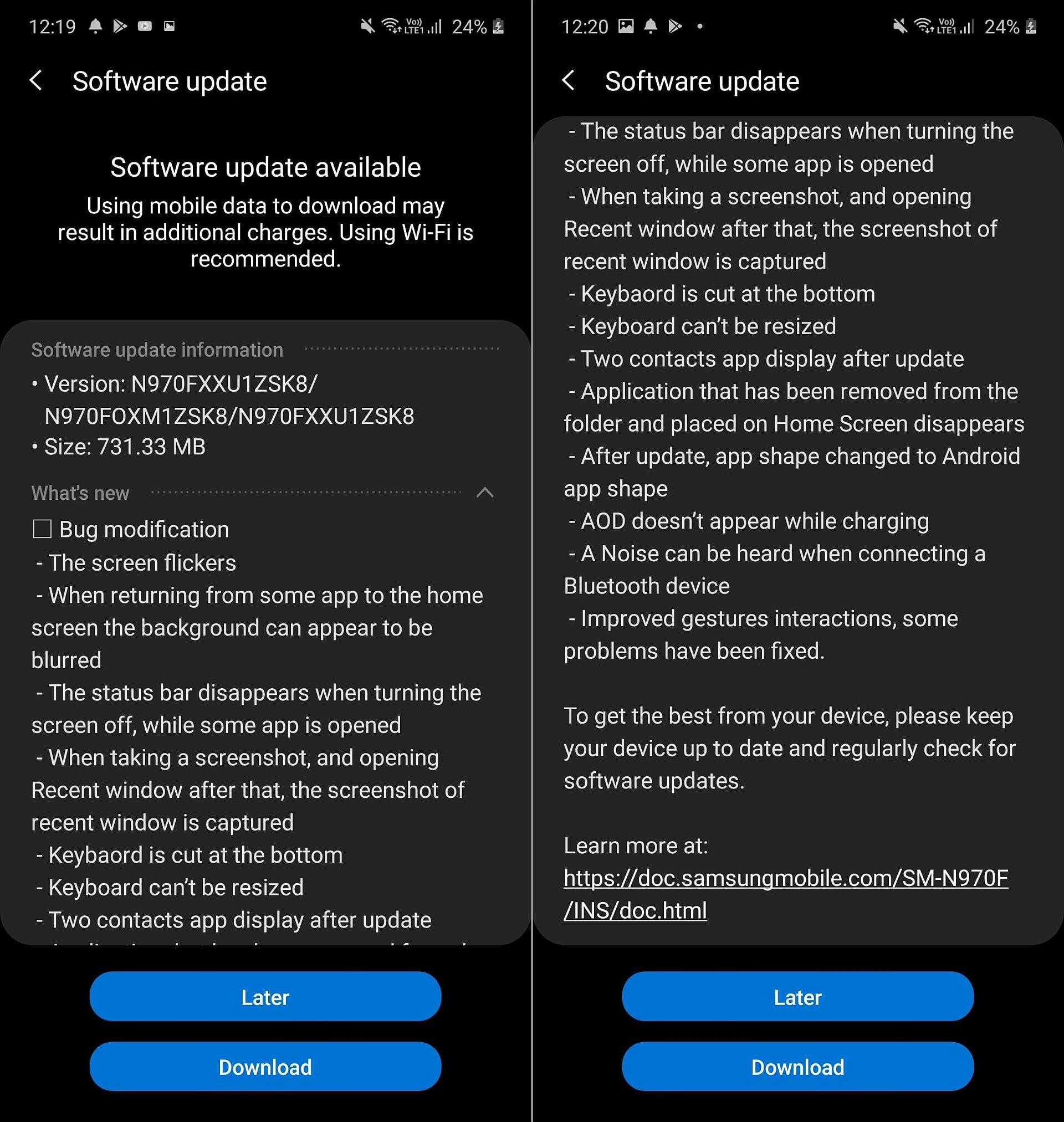 It is worth to mention that if there is anything that Samsung is focusing most in the upcoming One UI 2 is in slimming down the interface. The company wants to reduce visual pollution in its ecosystem. For that reason, it is slimming down notification pop-ups, volume HUD and some other elements in the interface. Another important characteristic in One UI 2 will be the improvements of the One-Hand usability. With the new update, all first-party apps will display their interaction area in the bottom half of the screen. This feature will also be carried over to foldable devices in the future.