According to the latest market research report from Canalys, Huawei managed to ship 11.6 million smartphones in Europe for Q3 2019. This means that it was only 100,000 units short of what it got in Q3 2018. After the ban on Huawei, its latest flagship (Mate 30 series) comes without Google Mobile Services. Without GMS, Huawei smartphones are a NO for Europe. Nevertheless, the company seems to be doing better than expected in Europe. According to Huawei’s consumer business CEO, Yu Chengdong, the Mate 30 series has shipped more than 7 million units worldwide within two months of its release. This is a year-on-year increase of 75%. Yu Chengdong said at the official unveiling of Huawei MatePad Pro. 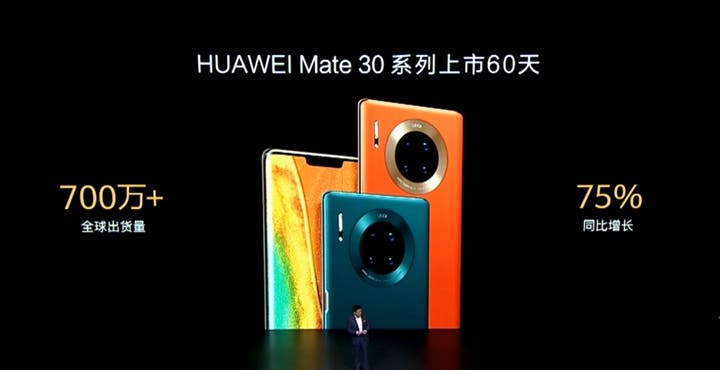 It is interesting that in Europe, Huawei smartphone sales for Q3 2019 ranks second. Only Samsung has a better shipment and the likes of Apple, Xiaomi and HMD trail Huawei. This is a massive achievement for Huawei considering its current tussle with the US government.