Last Tuesday, Chinese phone maker – Honor – released its first 5G series which includes the Honor V30 and Honor V30 Pro. The smartphones have a starting price of 3299 Yuan ($470) and do feature 5G dual-mode NSA / SA support. Dual mode NSA / SA 5G is a more advanced technology compared to NSA-only 5G as it will support many more network bands in the future.

The difference between the two types of 5G techs supported by smartphones currently on the market was showed off today by Honor on Chinese social Weibo. As we can see in the video at this link, the phone manufacturer compared three 5G devices in a 5G network test. The three handsets were the Xiaomi Mi 9 Pro 5G, Vivo NEX 3 and, of course, the Honor V30 Pro.

The test released today mainly focused in network switching speeds. This meant the guys over at Honor took the three devices for a stroll until they connected to different networks. So, at the beginning of the video, we have all phones connected to a 4G HD network. Later on, when the smartphones were in an area covered by 5G antennas, the Honor V30 Pro quickly switched network. Meanwhile the Xiaomi Mi 9 Pro 5G and the Vivo NEX 3 stayed on the 4G network for longer. How much longer? Well according to the test, the Vivo NEX 3 5G connected after three minutes and 53 seconds. With the Xiaomi Mi 9 Pro 5G that actually never switched network and totally failed the test. 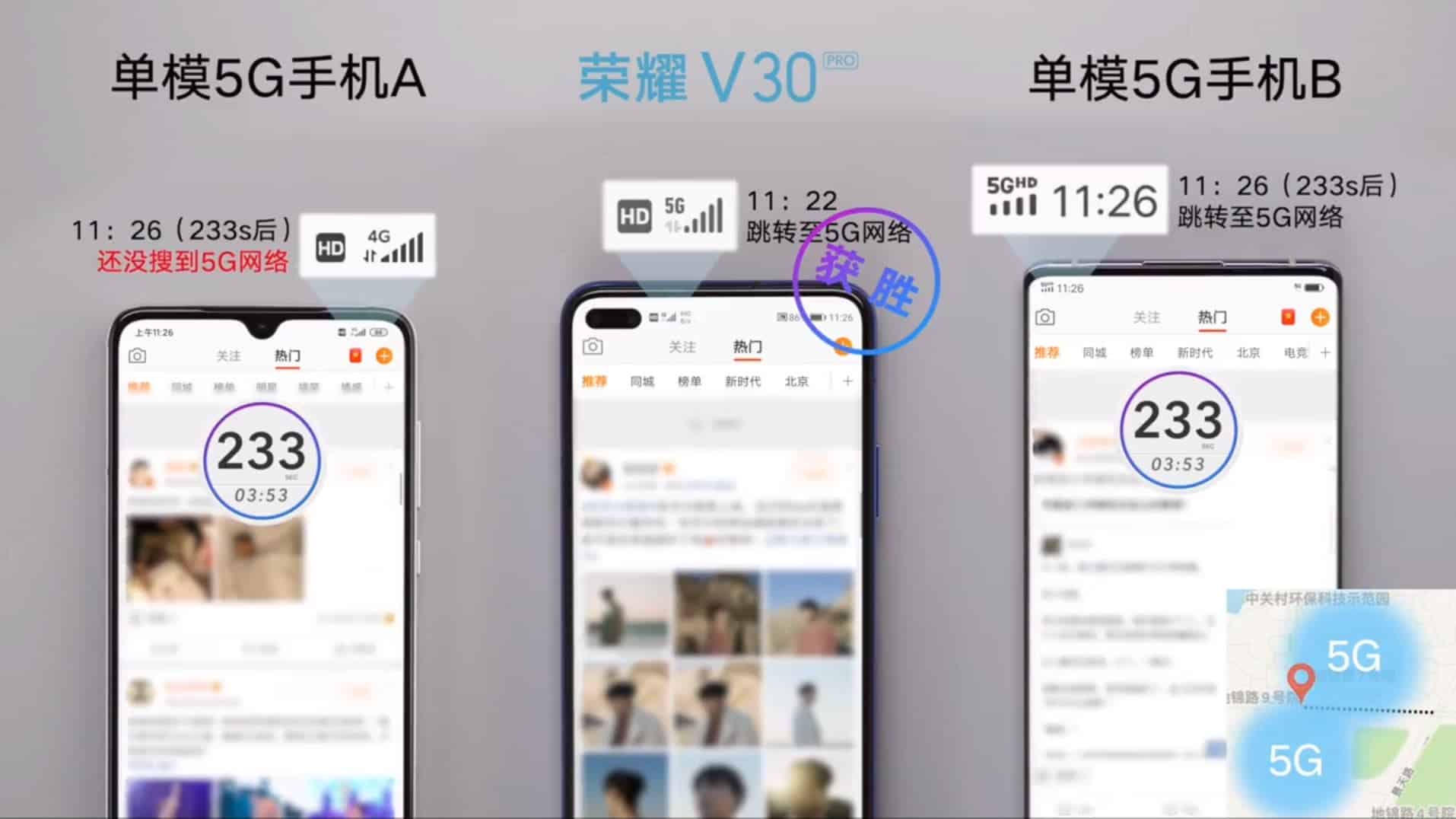 So, after beating the iPhone 11 by a mile as far as internet speeds go the other day. This time the V30 series beat other 5G that are supposedly in the same league. The reason behind the success is quite obvious though. As we previously mentioned, the Honor V30 with its Kirin 990 SoC supports dual-mode NSA / SA networks, while the other two devices only support NSA networks.

Next Jony Ive is formally out of Apple, no longer appears at exec page