It has been a long time since Meizu launched any new smartphone in India. The last phones landed the Indian shores in December 2018, almost a year ago. And now, the company seems to be working to bring the Meizu Note 9 to the country as per a recent BIS certification spotted by True-Tech. 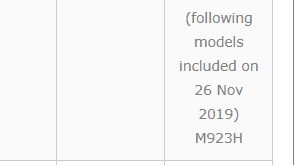 The Meizu Note 9 was launched way back in March in China. It was a direct competitor to Xiaomi’s Redmi Note 7 series since both of them share similar design and specifications. The Note 9 was supposed to debut in India during the Diwali festive season, however, due to some unknown reasons, the launch has been delayed. Nevertheless, the phone will make its way to the Indian market as it has been now certified by BIS(Bureau of Indian Standards) with model number M923H. The Meizu POP 2 true wireless earbuds have also been certified along with the phone. Therefore, we can expect at least two Meizu products to be announced soon in India in the coming weeks.

As far as specifications of Meizu Note 9 are concerned, it sports a 6.2-inches FHD+ IPS LCD panel with a dew-drop notch. It is powered by Qualcomm Snapdragon 675 and comes in two storage variants 4GB+64GB and 6GB+128GB. But it is not yet known whether both the versions will be made available in India. Othe features of the phone include 48MP + 5MP dual-camera setup, 20MP selfie camera, fingerprint sensor, 3.5mm headphone jack, FlymeOS based on Android Pie, and 4,000mAh battery with support for mCharge fast charging technology via USB Type-C.