We’re almost closing the curtains of 2019, and as expected, Android OEM are trying their best to bring the latest version of the OS to their smartphones. We’re pretty aware of Realme, Oppo and Samsung plans for the referred update. Now, ZTE decided to disclose details about its Android 10-based software, MiFavor 10. The company shared an interesting infographic on Weibo that details some of the key features brought by the new firmware.

MiFavor OS will follow one of the hottest trends of 2019 that calls for the Dark Side. MiFavor is also going dark with the implementation of System-Wide Mode in apps and elements of the interface. As you might expect it brings plenty of black backgrounds and white text throughout the interface. Thus improving night-time visual experience. 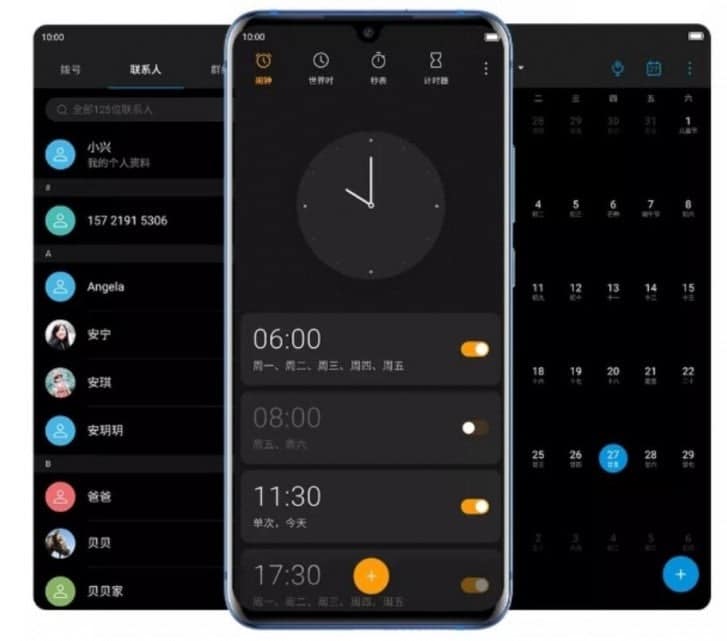 The update will also bring improved iconography featuring over 1600 system icons with rounded corners for a uniform and balanced visual experience. Over 80 of the new system icons are designed for micro-motion effects. Moreover, the new firmware seems to come with better transitions and UI movement for a better balance with the Gestures feature.

MiFavor 10 will also include a plethora of new dynamic wallpapers. Some of them follow darker shades that fit better with darker aesthetics. But of course, you’ll also get some new colorful and interesting backgrounds. Last but not least, the update will feature 6 new built-in themes that include their own, distinct, iconography.

ZTE’s proprietary skin will also include a new notification style. When a new notification arrives a small floating window will show up. It is meant to bring distractions down to a minimum. Interestingly enough, that’s an approach that follows closely Samsung’s One UI. 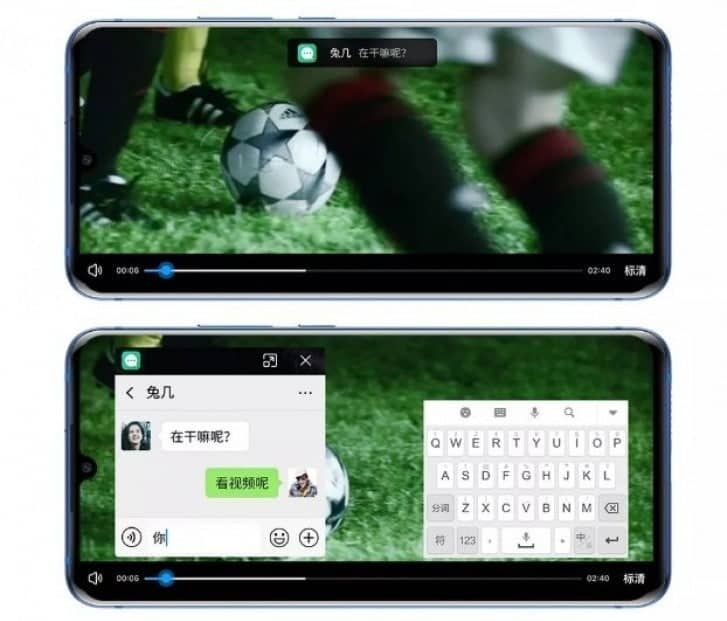 ZTE is also teasing a compact floating windows interface, housing an IM app, along with a floating keyboard. Apparently it is a feature that works to reduce the intrusion when you’re doing activities such as playing games or watching videos. The small screen will overlay with a small floating way allowing you to give a quick reply for incoming messages.

MiFavor 10 can quickly analyze contents in the smartphone’s screen by long-pressing it with two fingers. Yeah, that’s something very familiar with Google Assistant, but this isn’t bad. MiFavor 10 can pick up text and images and then give you editing options. Moreover is able to pull-up product matches and recommendations. The power continues with animal and plant recognition as well as special characters.

ZTE is also drawing attention with full-feature voice control and navigation around the UI. MiFavor 10 is apparently even able to pick up and execute certain in-app commands, like “red envelope” and other popular WeChat functions.

Z-Booster 2.0 is getting on steroids with the new update. It will be more powerful and better at intelligently allocating system resources. Moreover, the software promises better gaming performance, lower latency, superior graphics and less stutter. Moreover, users will be able to notice a boost in in-app start-up times. Beyond these highlights, MiFavor 10 also promises document recognition and angle correction, automatic picture classifications and a new emergency call feature.

According to ZTE, the Android 10 update will reach the ZTE Axon 10 Pro, in both 4G and 5G flavors. Moreover, it will reach the ZTE Blade V10 and ZTE Axon 9 Pro. Yeah, we know that this is a pretty short list that probably will make some customers angry. Also, the company didn’t disclose an official update schedule, but we don’t expect it for this year.

Previous Apple iPhone SE 2 to Feature A13 Bionic Chip, Price Might Start From $399

Next Huawei Router A2 with NFC officially goes on sale, retails for CNY399 (~$57)