The manufacturer has not announced its specifications yet, but we already know much about this SoC. The Snapdragon 865 still adopts eight CPU cores (one large, three middle, and four small cores). The highest frequencies are 2.84GHz, 2.42GHz, and 1.80GHz, respectively. They are completely consistent with the Snapdragon 855. By the way, the Snapdragon 855 Plus large core frequency has been increased to 2.96GHz. 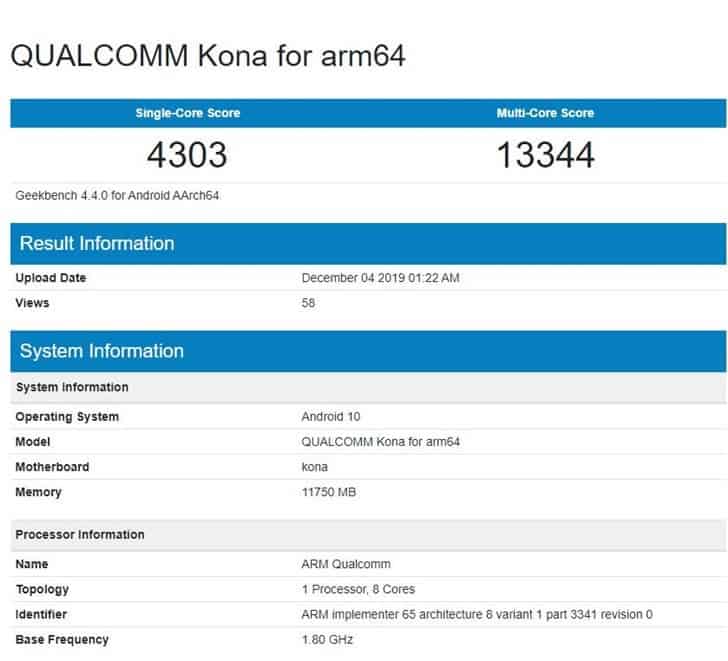 Qualcomm Snapdragon 865’s CPU uses the new Kryo 585 architecture, up to 2.84GHz. Also, it integrates the Adreno 650 GPU, of which the performance is improved by 25%. The SoC also supports 7.5Gbps download speed and WiFi 6 protocol, a new generation of CV-ISP, supporting UFS 3.0 flash memory, and LPDDR5 memory. 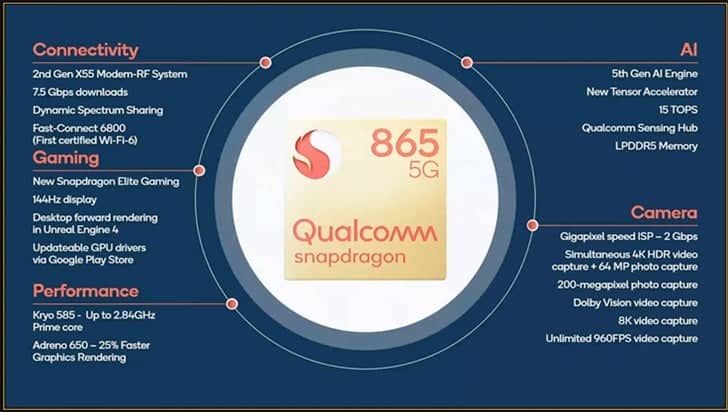