Redmi has been teasing the upcoming K30, the brand’s first 5G smartphone since the beginning of this week. The company has already confirmed many interesting features of the phone in the past few days including the Snapdragon 765 SoC, the 4500mAh battery with 30W charging and much more. And today, Redmi also confirmed a 4G version of the Redmi K30 which was rumoured and leaked a multiple time prior to the official confirmation. 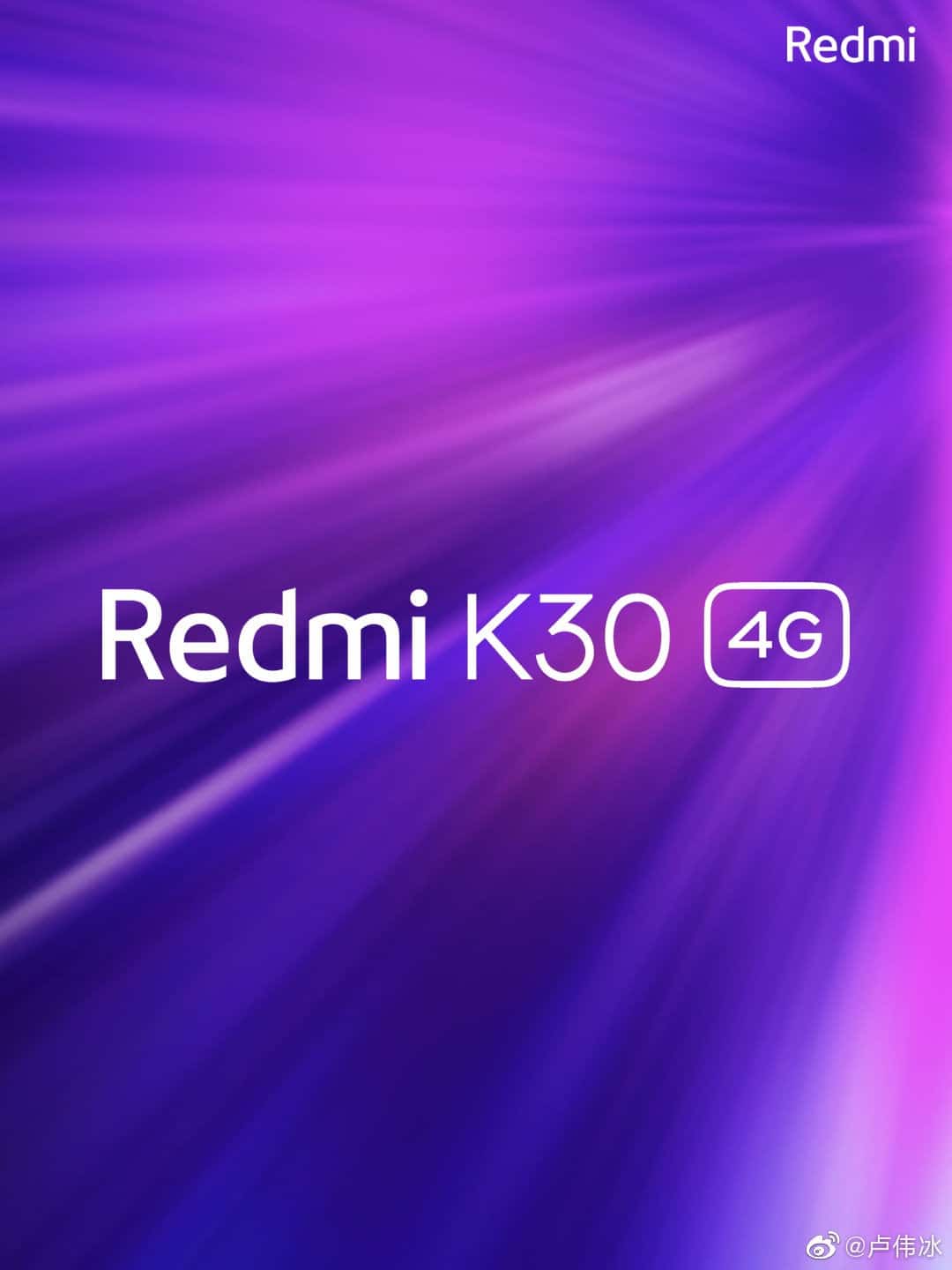 The Redmi K30 is one of the most anticipated phones to be unveiled this month, just before the end of 2019. The phone has been rumoured, leaked, and even officially teased by the company for about two months. Though the 5G version of the device was confirmed from the beginning, new leaks which started pouring in the last month suggested a 4G version as well. As expected, the brand itself admitted the model’s existence via teaser today.

As of now, the company has just revealed the ‘Redmi K30 4G’ branding but we expect it to tease all the features of the phone starting tomorrow as they did with ‘Redmi K30 5G’. According to the most recent leak, the phone is expected to be powered by Qualcomm Snapdragon 730G, 6.66-inch FHD+ LCD panel with 120Hz refresh rate, quad-camera setup(64MP primary + 8MP telephoto + 13MP ultrawide + 2MP depth sensor), dual punch-hole cameras(20MP + 2MP), side-mounted fingerprint sensor, NFC, IR Blaster, 3.5mm headphone jack, and a 4,500mAh battery with support for 27W fast charging.

Previous Sharp AQUOS Zero2: the first phone with a 240 Hz display is launched

Next Android: A new spyware takes screenshots without your knowledge