Samsung continues to prepare to introduce more “modest” versions of its 2019 flagships. One of the most anticipated is the Samsung Galaxy Note 10 Lite, which promises to bring the desired S-Pen for a much more affordable price.

Now a photograph of the alleged battery of the new smartphone has been published. And it seems that the Galaxy Note 10 Lite will come with a 4,500mAh battery.

Although it may seem a bit odd, the model with more modest specifications have a larger battery than the high end, this thing has already become usual.

Usually, this type of variant tries to maintain the main highlights of the high-end model, usually showing improvements in its autonomy. In this way, while “relinquishing” high-end specifications, it can offer users something in return. 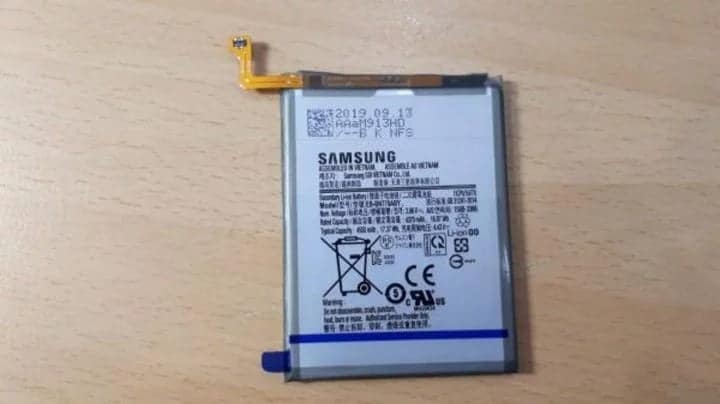 This image has not yet been confirmed, but it is believed that the Samsung Galaxy Note 10 Lite also supports fast 45W charging.

Recently, some images have been published that reveal the design of the new smartphone, revealing a very interesting detail. It appears that a square photographic module may be present on its rear panel. Similar to the newly introduced Huawei Nova 6 5G.

In addition, we know that it will come equipped with the Exynos 9810 processor. Alongside with a 6GB of RAM. And its front camera should have a 32MP sensor in the form of a central punch-hole.

According to information disclosed yesterday. Both the Samsung Note 10 Lite and the S10 Lite could officially arrive during January.

It is worth to mention that  The S10 Lite (SM-G770) and Note 10 Lite (SM-N770F) have just received Bluetooth SIG certification. This is a solid hint that the smartphone release is imminent. Bluetooth SIG’s listing confirms that Bluetooth 5.0 is coming along with these smartphones.

Next Is iPhone 11 and 11 Pro spying on us? Apple explains location services mystery