Chinese manufacturing giant, Xiaomi, will release the Xiaomi Mi MIX 4 flagship smartphone next year. There have been a couple of false reports regarding this smartphone, especially in its appearance. Today, we have an unverified report that claims that the Mi MIX 4 will arrive on January 10th. 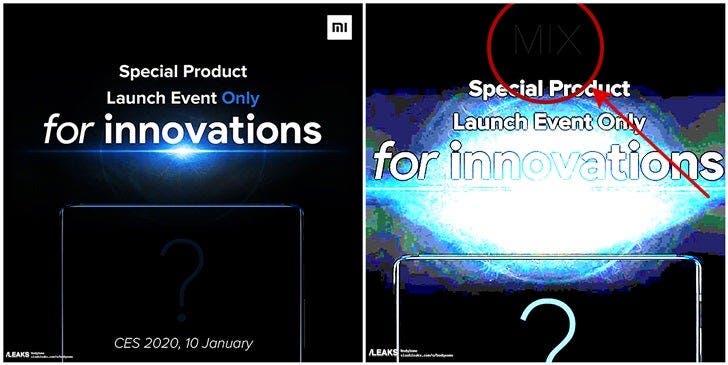 The poster shows that Xiaomi will hold a special product launch event at the Consumer Electronics Show (CES) 2020 on January 10th. The theme of the event is “Only for innovations”. The outline of a mobile phone appears on the poster. More importantly, the word “MIX” appears on the top after the phone image. This is sparking speculations that Xiaomi will have something to say regarding this smartphone at the event. If the poster is real, it obviously points to the Xiaomi MIX 4. According to speculations, this smartphone will be Xiaomi’s first under-display camera phone. We would advise that this information should be taken with a grain of salt. Recall that Xiaomi recently debunked all the images of the Mi MIX 4 (with emphasis on the recent one that appeared on Slashleaks).

Since the debut of the Mi Mix Alpha, the rumors surrounding the existence of a new model in the series. In reality, there were a lot of confirmations, denials, and allusions until the appearance on the official website of JD.com. Now we do not doubt the existence of the Xiaomi Mi Mix 4 (4G & 5G). However, there is still a lot to know about this smartphone.