About a week ago, Redmi released its first-ever 5G smartphone, Redmi K30 5G. This smartphone comes with a 1999 yuan ($286) starting price which makes it the cheapest 5G phone for now. According to the landing page for this device, the first official sale will hold on January 15. However, it is already available on appointment at Jingdong mall. According to recent reports, the Redmi K30 is now getting its first update (MIUI 11.0.5.0.QGHCNXM stable version). The update package size is 241MB and it mainly repairs issues with the display and camera optimization.

According to the launch information, the Redmi K30 5G comes with the latest Qualcomm Snapdragon 765G processor. This chip uses the 7nm EUV manufacturing process and integrates the Snapdragon X52 modem and RF system. It is the first Redmi/Xiaomi smartphone to support SA / NSA dual-mode. The mobile phone uses a 6.67-inch 120Hz punch-hole screen with a display ratio of 20:9 and a 91% screen-to-body ratio. It supports eye protection mode 2.0. The fuselage uses a 3D four-curved glass and also uses a Corning GG5 protective glass. 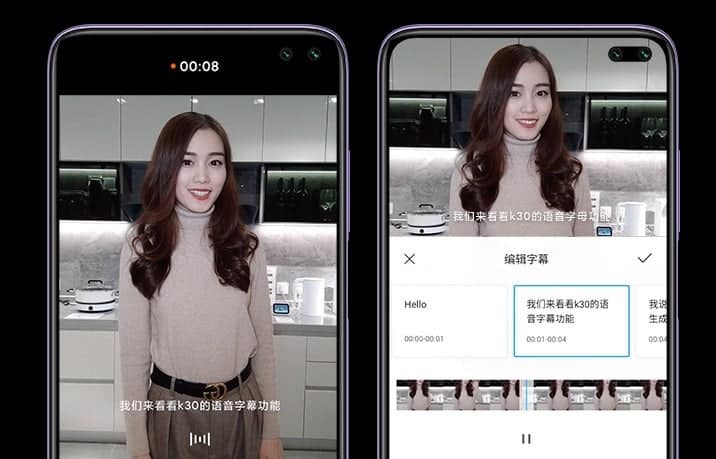 Furthermore, this phone uses a six-cameras in total. It has four cameras on the rear and two in front. This is the first phone with the Sony 64-megapixel IMX686 sensor. It also supports 30W fast flash charging, 4500 mAh capacity, and MIUI 11 stable version. Potential buyers can now register their interest in this smartphone.

Previous Australian government to spend over $6 million to investigate 5G