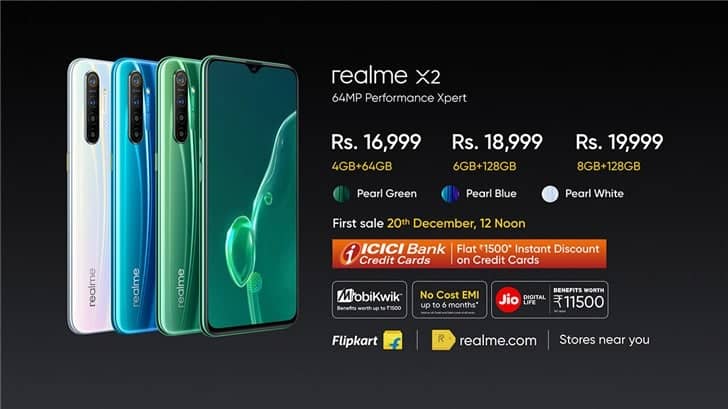 Realme X2 uses a 6.4-inch Super AMOLED screen with a screen ratio of 91.9%. It supports light-screen fingerprint recognition and can be unlocked in 0.36 seconds. On the rear, this smartphone comes with a quad-camera setup in a vertical array. The fuselage uses a new parallel called “wormhole light pattern”. It uses a fifth-generation Corning Gorilla Glass on both sides. The curved 3D glass body has a good grip and is available in white, blue and green colours. 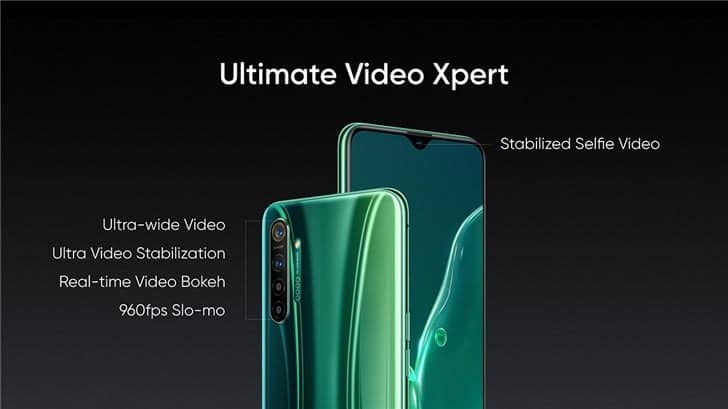 In terms of configuration, this smartphone comes with a Qualcomm Snapdragon 730G mobile platform. On the rear, it has a 64MP + 8MP ultra-wide-angle + 2MP + 2MP portrait camera module. The imaging system supports ultra-wide-angle video shooting and super video image stabilization. It claims to have a stable performance like a sports camera, with a front-facing 32-megapixel camera. In addition, the Realme X2 battery has a capacity of 4000 mAh and supports 30W VOOC 4.0 fast charging.