A few days after the release of the new Apple Mac Pro. The iFixit team has torn it to pieces in order to inspect the smallest details. And the conclusion is that it is not so revolutionary, we have a largely traditional desktop inside.

As usual with each release of major electronic or computer products. IFixit obtained one, disassembled it in a meticulous and detailed manner to help repair. 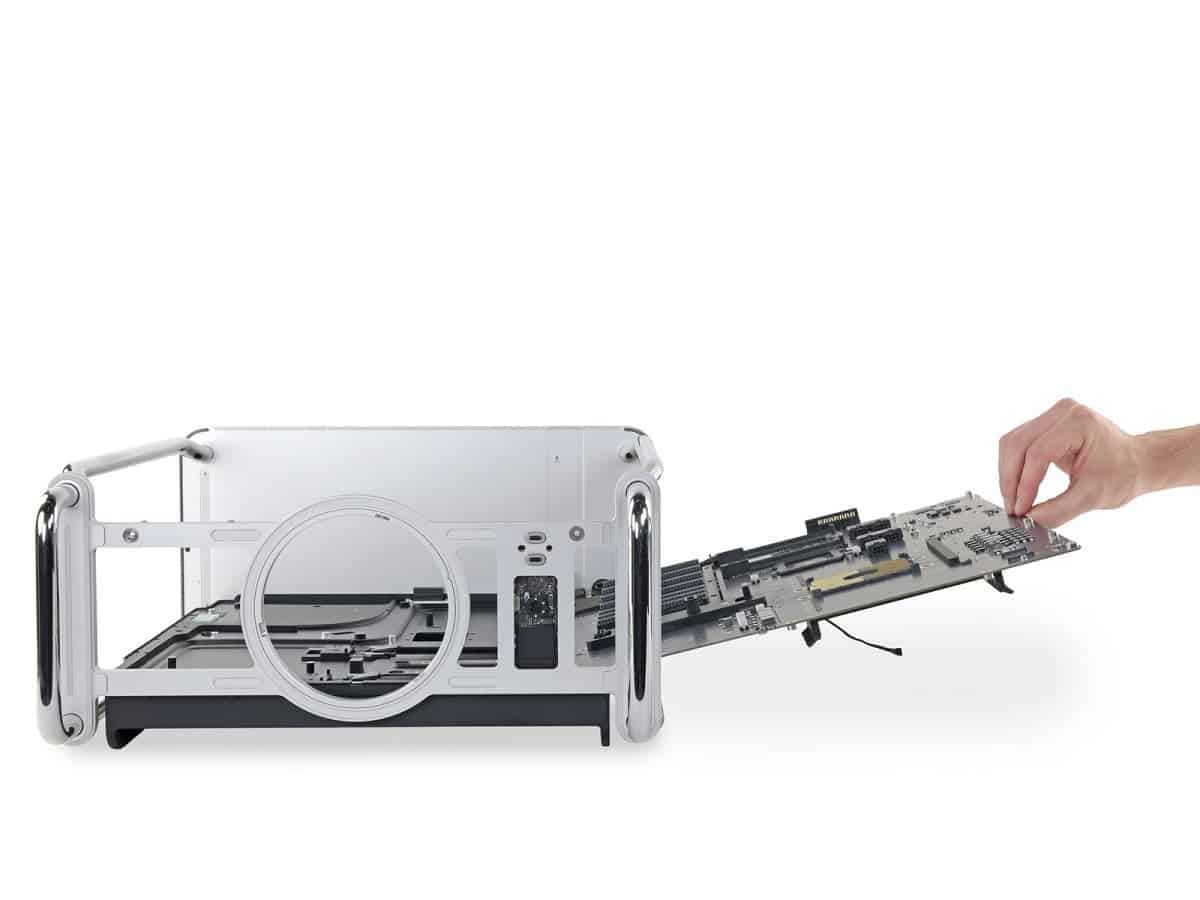 iFixit is very common among all owners of Apple products, particularly iPhone. Because it details in many photos the disassembly of all products of the Apple brand, as a few weeks ago with the keyboard of the 16-inch Macbook Pro. The company has since diversified by offering this same kind of guide on all types of electronic products. Such as the Samsung Galaxy Fold. They also take the opportunity to give a note of repairability. Unlike the AirPods Pro which recently reaped the terrible score of 0/10, here the new Mac Pro is doing with an excellent 9/10 making it so easy to repair.

However, Apple was telling that the Mac Pro is a “revolutionary in design” with “a modular system allowing for extreme configuration”. However, after dismantling, iFixit discovered an architecture relatively close to what is conventionally done on PC. Contrary to Apple’s habits, this model only uses standard screws, none of which is hidden under a sticker. RAM requires no tools to replace, just like a number of other modules. But it is not uncommon to find this kind of operation on high-end PC cases. 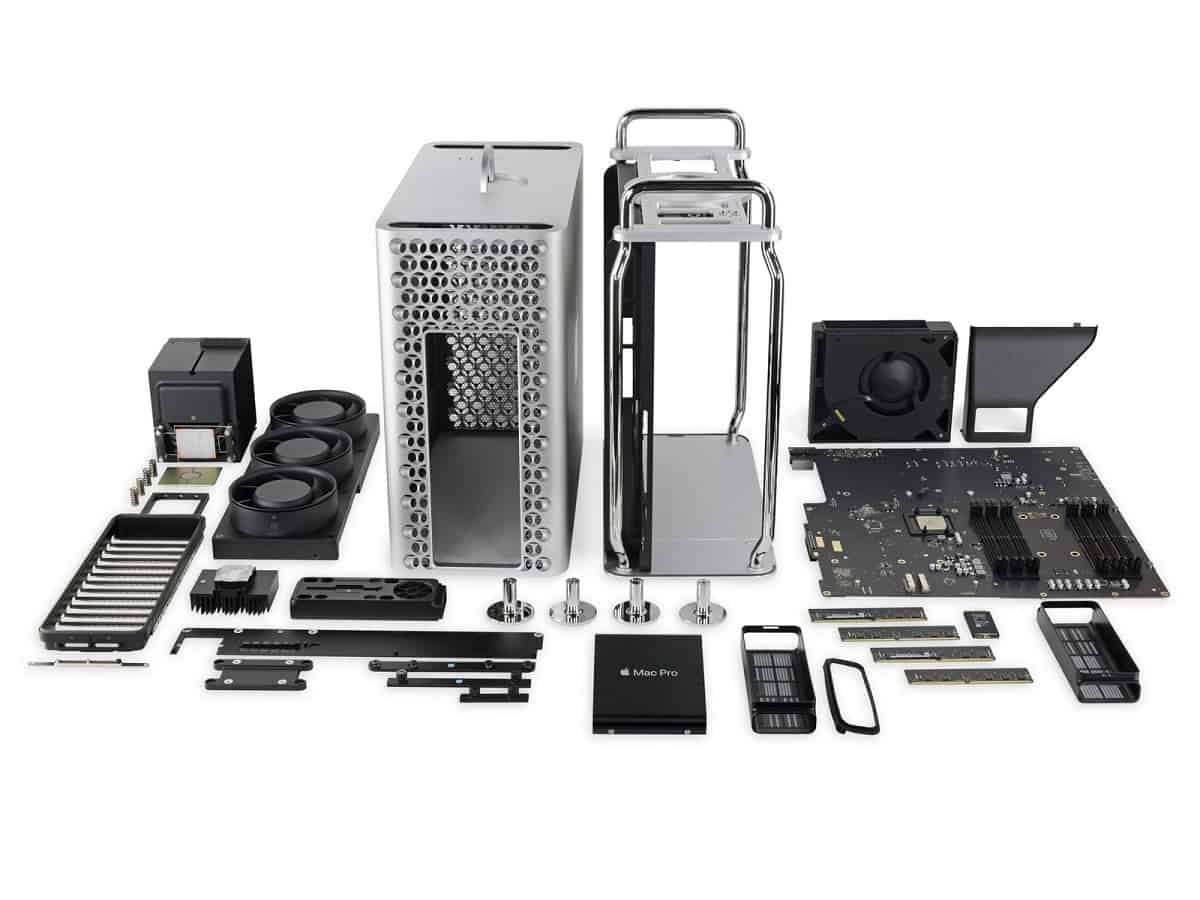 Admittedly, this Mac Pro is a revolution for Apple thanks to better accessibility, but it is only catching up on the PC family. The fact remains that iFixit considers it exemplary in its quality of assembly and repairability, only regretting the impossibility of replacing the SSD yourself, its serial number is written in the T2 chip. While it is possible to add RAM as confirmed by 9to5Mac.