Vivo just launched the X30 series in China comprising of the X30 and X30 Pro with support for dual-mode 5G and Exynos 980 SoC. The brand only announced the 8GB + 128GB and 8GB + 256GB storage configurations during the launch. But now a 12GB + 512GB storage variant has been spotted on TENAA suggesting an imminent launch. 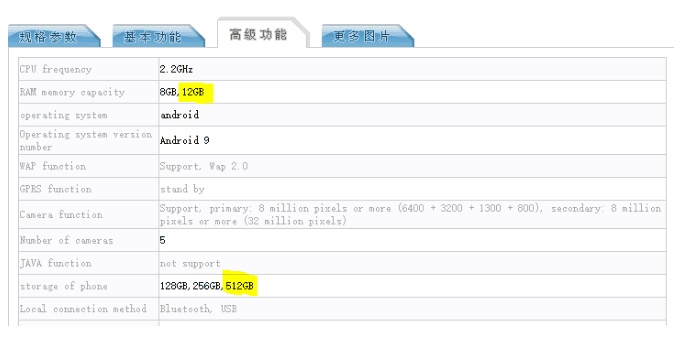 The X30 series by Vivo sports a 6.44-inch FHD+ Samsung E3 AMOLED panel with a punch-hole at the top right corner housing a 32MP selfie camera. The fingerprint sensor resides under the display like any other premium smartphones these days. Both the phones run FunTouchOS 10 based on Android 10 and are backed by a 4,350mAh battery. Also, they have support for Vivo’s new 33W FlashCharge fast charging technology.

As far as cameras are concerned, both X30 and X30 Pro feature a similar set of three cameras plus an additional 13MP periscope camera on the Pro variant with an ability to capture 60x pictures. The other cameras include a 64MP primary sensor, an 8MP ultra-wide sensor, and a dedicated 32MP with 50mm focal for depth sensing.

Previous Upgrade your WhatsApp now! if you don't want to risk losing your groups

Next 5G: French operators worried about not being able to use Huawei antennas