Xioami shocked the world in 2018 by launching Poco F1, a mid-range smartphone with a flagship-level processor at a crazy price point. But it’s been more than a year, the brand has still not released its highly-awaited successor, referred to as the POCO F2, in 2019. However, things took an interesting turn yesterday when Alvin Tse, the global head of Pocophone said, “You will hear more from POCO in 2020”, in reply to a user’s tweet. This reply by him went viral in a short period of time after which he deleted it. 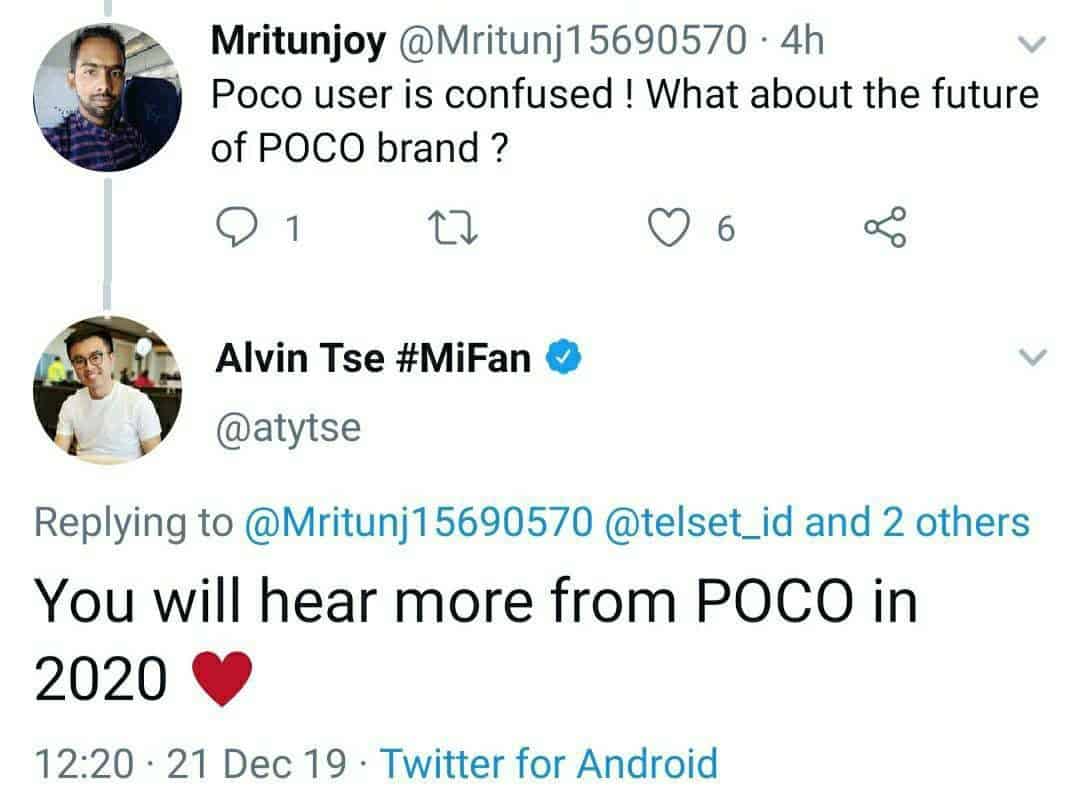 The wait for the POCO F2 is very much visible on social media. So much that the handles of Xioami and its employees are filled with replies from people asking the status of the non-existent phone. Even the brand’s executives love to toss around POCO F2 now and then on their Twitter timeline. That being said, we have never heard such a forthcoming reply from the company like the one by Alvin Tse today. But, his reply tweet is cryptic in nature as it does not reveal anything except for the fact the brand is still alive. On top of that, he even deleted it which raises more questions than answers. After the departure of top personnel like Head of Product, Jai Mani, and Donovan Sung (Global Spokesperson) in the recent past, we admit things have looked very grim. And the deletion of this latest tweet fortifies our belief that the POCO brand is not likely to come up with any new product.

All we can do for now is wait for 2020 which is little more than a week away. Maybe, we will hear more from the company next month. As far as we can guess, the brand might announce Android 10 update for Poco F1 whose kernel sources were just released by Xiaomi. Though it is not about Poco F2, it is good news nevertheless.

Previous Twitter discovers a critical vulnerability in its app for Android

Poco M2 Pro to be announced next month in India