A couple of days ago, Oppo A91 surfaced on the GeekBench listing while the Oppo A8 leaked revealing its design and possible color variants. Well, both the smartphones are now official in the company’s homeland i.e. China. Both the smartphones run on the MediaTek chipset underneath. With A91, the company is targetting mid-range segment while the A8 is designed for the budget users out there. 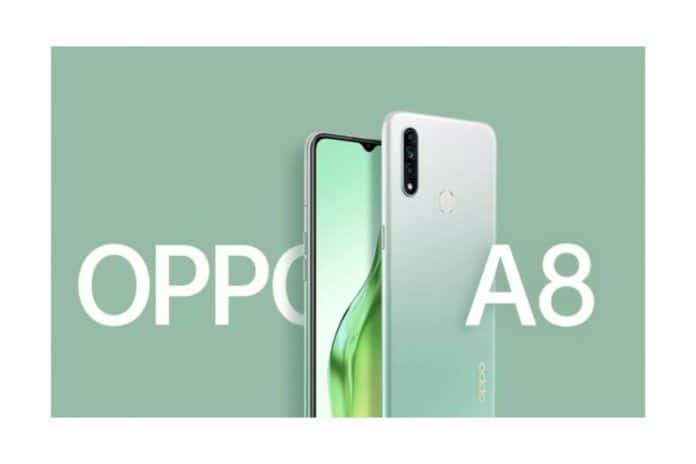 The mid-range Oppo A91 is available in three color variants namely Black, Red, and Blue. It comes with a price tag of RMB 1,999  (roughly $285). The A8, on the other hand, comes in two color options – Azure and Secret Night Black. It is on the cheaper side costing you RMB 1,199 (roughly $171).  Both the devices will be up for grabs starting from December 26. Oppo is also expected to launch Reno 3 5G and Reno 3 Pro 5G devices on this day.

Oppo A91 comes with a 6.4-inch AMOLED display with a resolution of 2400×1800 pixels and a screen-to-body-ratio of 90.7 percent. The display also features an in-display fingerprint sensor and a Corning Gorilla Glass protection. Under the hood, it runs on the MediaTek Helio P70 chipset coupled with 8GB RAM and 128GB storage. In terms of optics, the device has a quad-camera module at the back with a 48MP primary sensor, 8MP ultrawide lens, a depth sensor, and a dedicated Macro lens.

All of these are fueled by a 4000mAh battery with the support of VOOC 3.0 fast charging. The phone can charge from zero to 60% in just 30 minutes. The phone runs on Android 9 Pie based on ColorOS 6.1.

Coming to the Oppo A8, the device flaunts a 6.5-inch IPS LCD display with a resolution of 7120×1600 pixels and 89% screen-to-body-ratio. The device is powered by a MediaTek Helio P35 chipset paired with 4GB RAM and 128GB internal storage. There is a triple camera module at the back with a 12MP primary sensor, 2MP ultrawide lens, and a 2MP depth sensor. For selfies, there is an 8MP front snapper. Fueled by 4,230mAh battery packed inside, the device makes use of a physical fingerprint sensor located at the back.