Samsung was one of the first smartphone manufacturers to actually enter the world of foldable devices, with its Galaxy Fold. The South Korean manufacturer would not limit itself to these smartphones. But would also be thinking of a device with an expandable display.

This at least is suggested by the latest patent (according to Patently Mobile) that Samsung has filed with the US Patent & Trademark Office. The images attached to the document show that Samsung has provided a display rolling mechanism. Which would be managed through the rear knob. In this way, the user will be able to physically change the size of the display and from the software point of view, a sensor will be able to recognize the changes in size in real time and communicate them to the reference system for the screen coordinates. 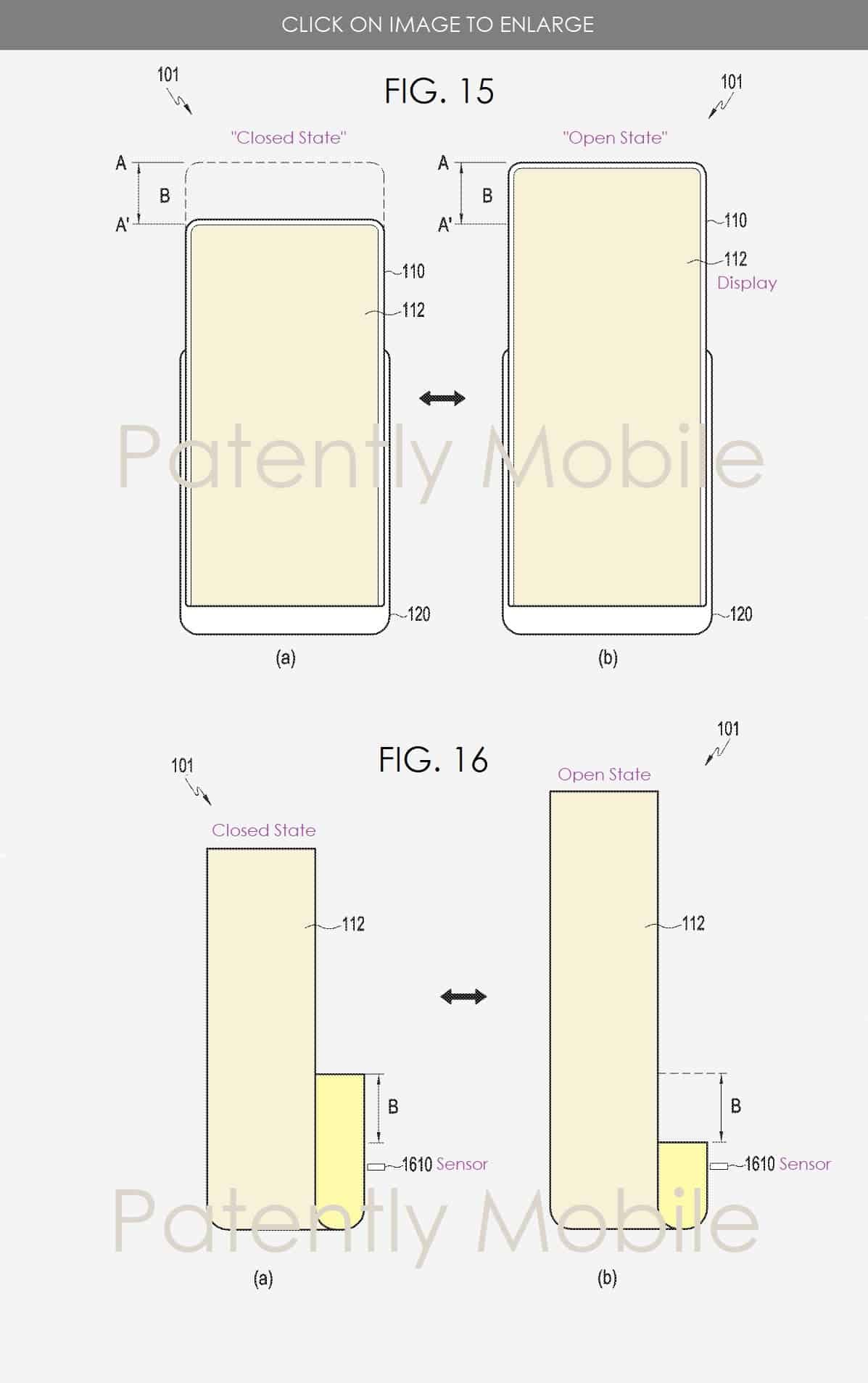 In addition to the display variation sensor, the device integrates the classic sensors that we already have in our smartphones. We are talking about the gyroscope, infrared sensor, biometric sensor and a luminance sensor.

It is worth to mention that Samsung has recently received a patent for a waterfall display. This patent has been already granted by KIPO(Korean Intellectual Property Office), USPTO(United States Patent and Trademark Office), and WIPO(World Intellectual Property Office) respectively. But for some unknown reasons, the South Korean tech giant has not released a single phone with such display yet. Ironically, the world’s first waterfall display smartphone, Vivo Nex 3, utilizes display panels manufactured by none other than Samsung.

The patent sketches reveal waterfall display only on one side but think it to be generic. And the final product will have them on either side. Also, sketches show dual-camera setup on the back and that will be also not the case with the final product as this design is from 2017. Additionally, we think the display will feature any of the company’s Infinity V, U or O cutouts for a single or multiple front cameras.

We do not know if and when Samsung will want to use the patent that we have just described. We will come back to update you in case further news emerges.

Previous Windows 10: you can install new features without need to wait for updates