Waterfall displays on smartphones are going to be the next big thing after notches, punch-holes, and pop-ups, thanks to a number of Chinese manufacturers that will be using it in 2020. We already have two phones with such a kind of display namely the Vivo Nex 3 and Huawei Mate 30 Pro. Unfortunately, both these phones are currently limited to their home country China. Anyways, that might change soon, as the world’s largest Android OEM, Samsung could be also working on phones with waterfall displays according to a patent leak reported by LetsGoDigital. 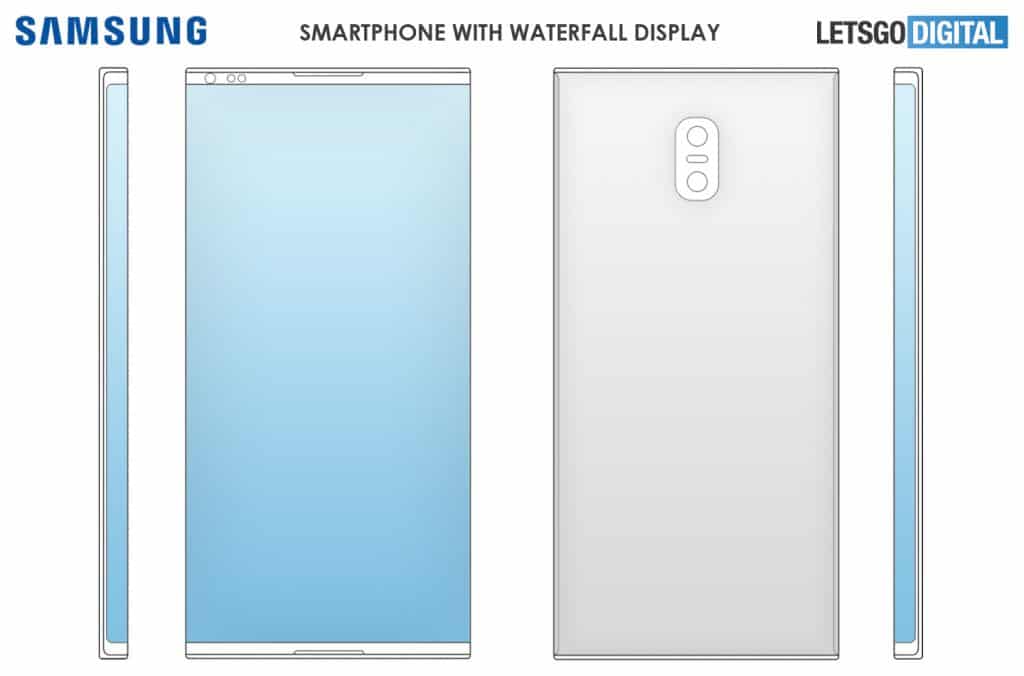 The waterfall display patent by Samsung which have now surfaced on the web was applied back in 2017. This patent has been already granted by KIPO(Korean Intellectual Property Office), USPTO(United States Patent and Trademark Office), and WIPO(World Intellectual Property Office) respectively. But for some unknown reasons, the South Korean tech giant has not released a single phone with such display yet. Ironically, the world’s first waterfall display smartphone, Vivo Nex 3, utilizes display panels manufactured by none other than Samsung. 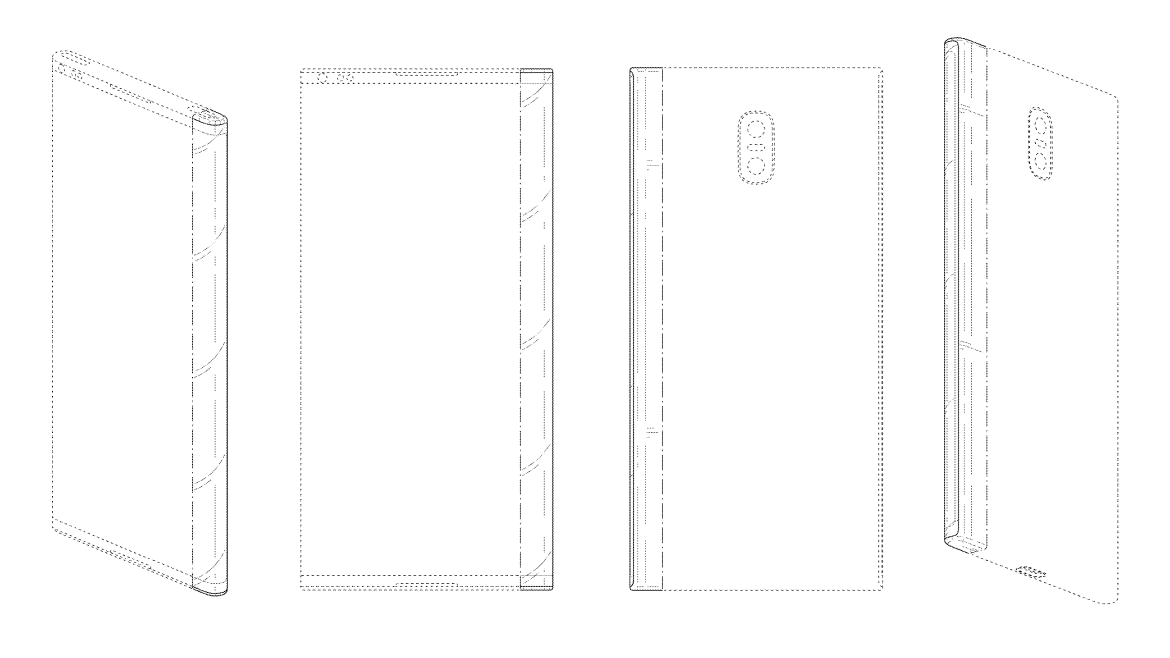 The patent sketches reveal waterfall display only on one side but think it to be generic and the final product will have them on either side. Also, sketches show dual-camera setup on the back and that will be also not the case with the final product as this design is from 2017. Additionally, we think the display will feature any of the company’s Infinity V, U or O cutouts for a single or multiple front cameras.

Samsung will definitely join the Waterfall display bandwagon but whether this will happen with the Galaxy S11 is yet to be seen, as tips by IceUniverse on Twitter have suggested that Samsung will not be employing it next year. We’ll have a more clear idea about this subject at the beginning of 2020 as we get close to the launch of the series.

Next Confirmed: Samsung Galaxy S11 will have 25W fast charging and 5G connectivity