Earlier this year, Samsung replaced its Galaxy J series of smartphones by introducing new Galaxy M series and a revamped Galaxy A series. Throughout the year, the South Korean smartphone maker launched a wide range of devices under these two ranges, one of which was the Galaxy M30 and its successor Galaxy M30s. Now, it seems, the company is about to announce the next model named Galaxy M31 very soon as it was recently spotted on Geekbench revealing some of its hardware specifications.

The Galaxy M30 and Galaxy M30s are one of the best budget smartphones by Samsung in a long time. Anyways, the brand did not sell as much as units like that of Galaxy A10 and Galaxy A50 since the Galaxy M series is an online-exclusive range of smartphones to compete against Chinese smartphone makers like Xiaomi and Realme. But still, they are selling like hotcakes online and hence Samsung is releasing a new successor dubbed as Galaxy M31. 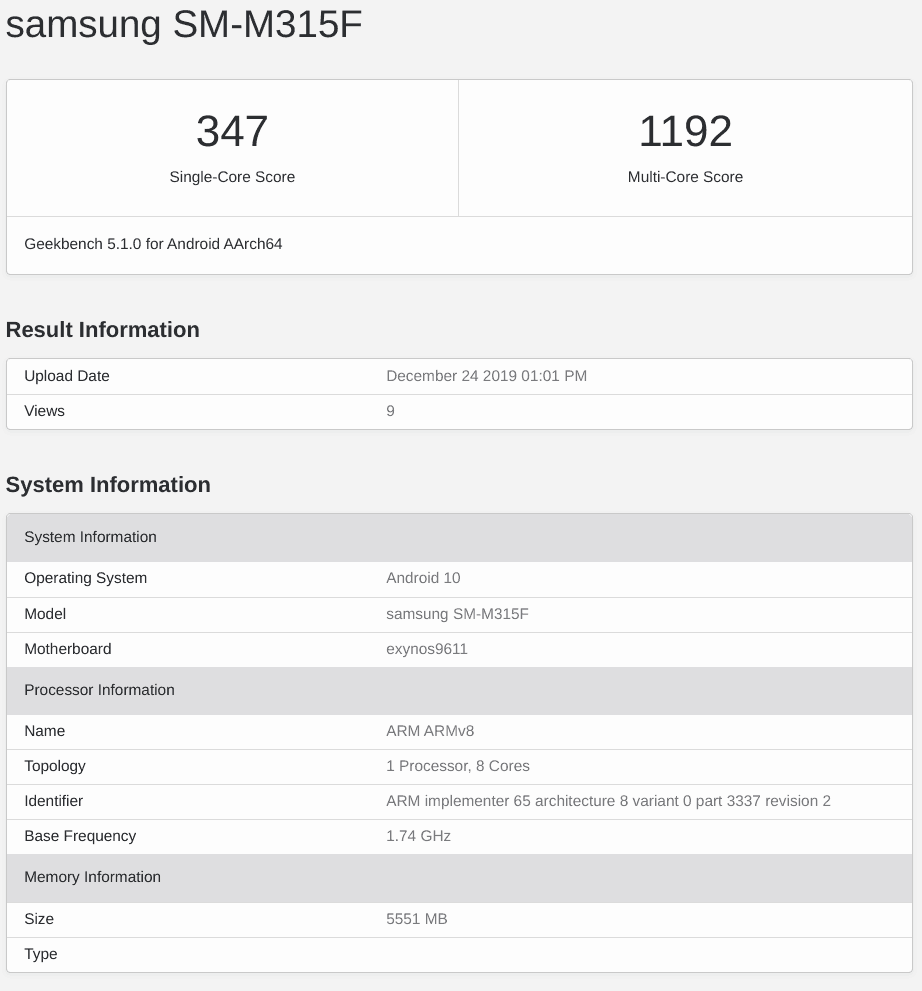 According to the Geekbench listing, the forthcoming Galaxy M31 will retain the same Samsung Exynos 9611 processor from the Galaxy M30s and the recently announced Galaxy A51. The variant which was benchmarked has 6GB RAM and runs Android 10 but we expect a 4GB RAM variant as well like its predecessors. As far as benchmark points are concerned, the Galaxy M31 scores 348 points and 1214 points for single-core and multi-core performances respectively.

That is all the information available about the Galaxy M31 as of now. Moreover, we can expect it to feature an Infinity-O display and quad-camera setup like the newer Galaxy A series of phones.

Previous Huawei HMS has about 45,000 Apps - a LONG way from Google's GMS