Today, HTC released its financial report. In 2019, HTC revenue was NT $10.01 billion ($0.33), a 57.82% year-on-year decline, an 87% decrease from the total revenue in 2017, and the worst result in 19 years. Bloomberg columnist Tim Culpan pointed out that Apple’s sale of AirPods in two weeks will generate more revenue than HTC in one year.

The revenue declined because the Taiwanese company scaled back its smartphone business (which sold a large portion of it to Google two years ago) and focused on virtual reality headsets and accessories. Last year, HTC made significant changes to its smartphone strategy in many countries, including India. The latter is considered to be the world’s second-largest smartphone market. HTC no longer sells flagship products and other high-end smartphones in India but focuses on mid-range phones. So it has a large impact on the company’s results. 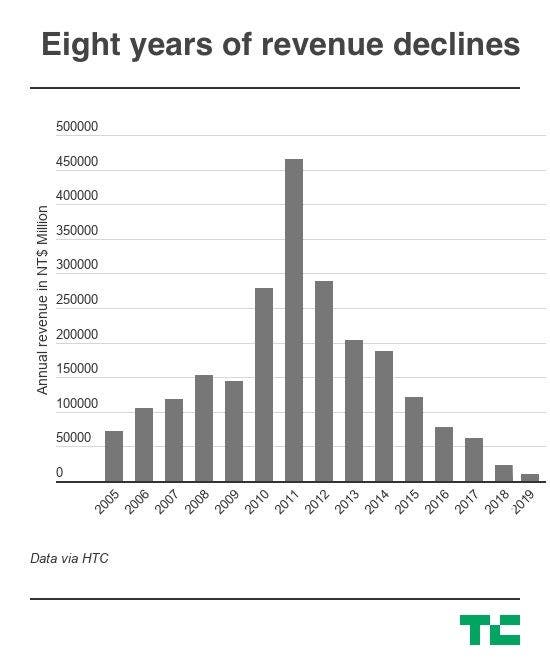 In September, HTC appointed a telecommunications expert Yves Maitre as its new CEO. In an interview with TechCrunch Disrupt last year, Maitre frankly disclosed the recent performance of the once iconic company, saying that HTC ‘has ceased innovation in smartphone hardware.’

Maitre said the company will focus on virtual reality headsets and many of its applications in the future. Among them, we can mention training and education. In recent quarters, HTC launched Vive Pro Eye headsets for businesses. There are improved consumer-facing VR headsets that better compete with Facebook’s products. Also, it produced VR at the Venice Film Festival works. The company has not revealed how many VR headsets have been sold. But seems it doesn’t perform well in this field as well.

Next Samsung Galaxy S20 will have a super smooth 120Hz display