At CES 2020, on the sidelines of all its official presentations, Samsung would organize private demos of its prototype expandable phone with the scrollable screen. This would prove that the South Korean giant would have designed a model fairly close to the final product. While we only know this project through patents for now.

As we know, Samsung is working on a new foldable smartphone similar to clamshell models like the Motorola Razr. This effort is a continuation of the Galaxy Fold. This new device would even be a little cheaper by shipping it with the Snapdragon 855 instead of 865.

However, these are not the only initiatives from Samsung in terms of changing the format of the devices. Indeed, the Korean giant, through several patents brought to light in recent months, has expressed interest in expandable smartphones. Whether it’s through a screen to unroll to obtain a slightly larger display area, or a device with a slider to transform it into a small tablet, or even with a double slider to unfold even more the screen, the tracks explored are numerous. 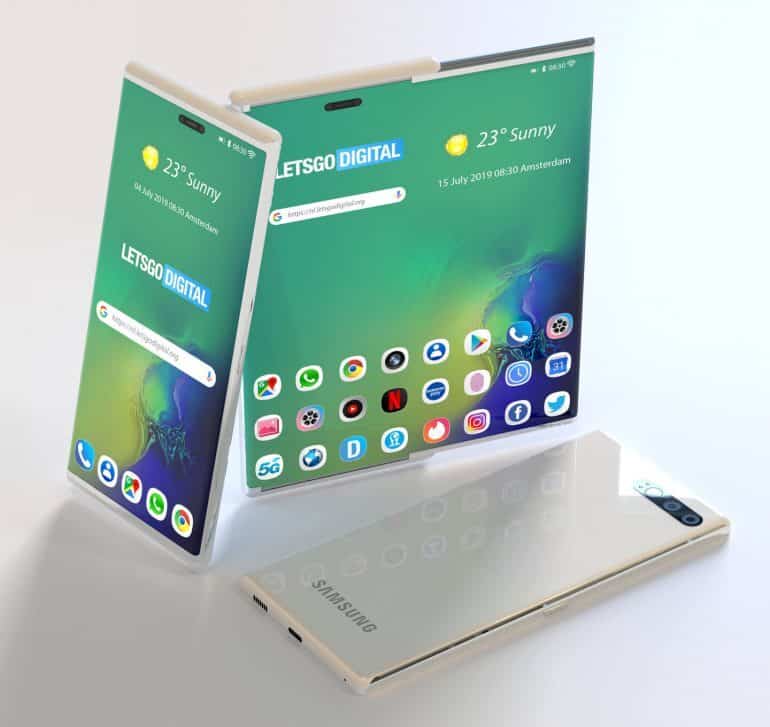 In this regard, Korean media – taken over by PhoneArena – believe they know that Samsung will offer demonstrations of such a prototype in private committee. This is during CES 2020 which is currently taking place in Las Vegas in the United States. We imagine that only partners very close to the brand will be invited. And there is therefore little chance that images of the device will surface before a certain time.

However, if this information turns out to be correct, it would mean that Samsung has enough confidence in its prototype to already show it to a privileged few. This would mean that the manufacturer would no longer be very far from the finished model of this expandable smartphone with a scrollable screen. However, it is too early to start talking about any marketing.