A Vivo smartphone with model number V1950A stops by China’s TENAA certification agency revealing most of the specifications. The same phone was earlier spotted on 3C listing, which also gave away some specs of the device. This unknown smartphone is rumoured to be a new variant of Vivo NEX 3 5G, although it was thought to be iQOO 3 5G initially.

As per TENAA, the upcoming mysterious phone by Vivo with model number V1950A will measure 67.44 x 76.14 x 9.4 mm in dimension and will weigh 219.5 g. It will come fitted with a 6.89-inches FHD+ AMOLED display with a resolution of 1080 x 2256 pixels. The fingerprint sensor will reside under the screen like most phones these days. Further, we believe the handset which will likely be the Vivo NEX 3 5G will be powered by an octa-core processor clocked t 2.84GHz suggesting it to be a Qualcomm Snapdragon 865 since it has the same clock speed. There will be two storage variants of the phone, one with 128GB ROM and another with 256GB ROM, however, both of them will have 8GB RAM. Also, it will lack a microSD card slot for storage expansion. 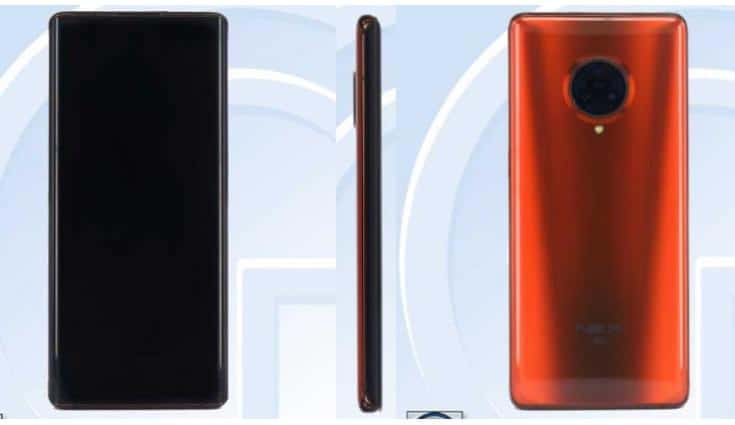 Talking about other specs, it will feature a triple camera setup at the rear comprising of a 64MP primary sensor paired with two 13MP shooters. As for the front, there will be a 16MP selfie camera housed in a pop-up module if the device happens to be a Nex series phone. Connectivity features of the phone will include dual-mode 5G (SA and NSA), 4G, WiFi, Bluetooth and USB Type – C. Sadly, there’s no mention of a 3.5mm headphone jack.

The phone will be only available in a gold colourway with Android 10 out of the box, backed by a 4,250mAh battery with support for 44W fast charging technology (as per 3C).