Recently, Xiaomi officially displayed the Xiaomi Mi MIX Alpha surround screen smartphone in India for the first time. And though we have taken a look at this phone from all corners, some Indian users have captured the process of charging. In fact, the phone comes with an amazing effect for charging. And though it’s not a super-useful feature, we still like it a lot. 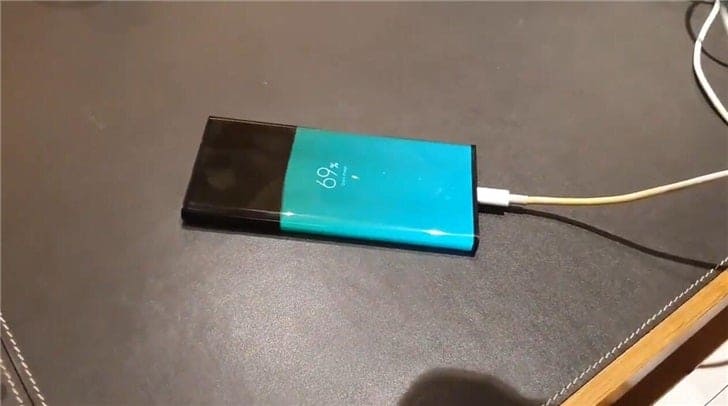 Earlier, according to Indian media reports, the Xiaomi Mi MIX Alpha surround screen smartphone was first displayed in India. Ershad Kaleebullah also released a charging animation video of this phone on social networking sites. It can be seen that when the Xiaomi Mi MIX Alpha surround screen smartphone is being charged, the entire screen of the phone can display the current power situation in a very interesting way. The effect is similar to what we see when a glass or a container is being filled with liquid.

As for the key features of this amazing handset, it comes with a new concept called the surround screen. But the most difficult part of making such a handset is not the screen bending. This device eliminates the handset, the front camera, side buttons, the chin and forehead have a width of 2.15mm only, and the screen ratio has reached 180.6%. The side part can display the battery level, system-related information, and notifications.

However, the release date of this phone has yet to be officially announced. And what’s more important we wonder how much it will cost. Probably we are dealing with the world’s most innovative smartphone. But it’s going to be the world’s most expensive mass-produced handset as well.

Previous Bose will focus in e-commerce, closes physical stores in the US, EU, Japan and Australia

Next Do you have one or more of these 17 Android apps? You'd better uninstall them!