Which direction will smartphone cameras go in 2020? The recent dispute between Xiaomi and Honor on having a 100MP sensor shows two different paths. Xiaomi and Samsung have chosen the way of high pixel count; while Huawei, Honor and Sony have decided that having 100MP sensors isn’t the right choice – at least for the time being.

Huawei & Honor Agree with Sony: It’s Too Early for 100MP Cameras on Phones 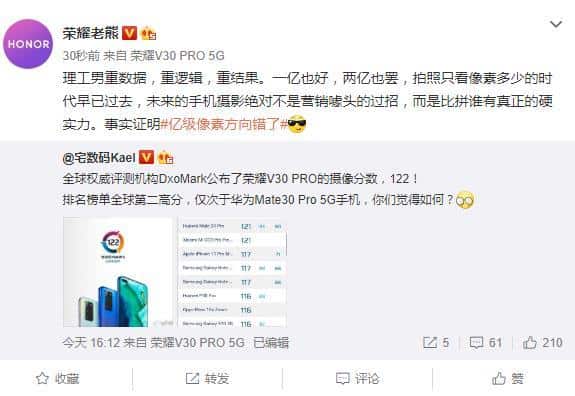 Honor and Huawei’s partnership with Sony does indeed suggest they have a different conception behind smartphone photography. The recent rumor about Sony producing another 100MP sensor (like Samsung) has been denied by people working at Sony. Adding that it’s too early to see this resolution on a smartphone camera sensor.

Later on, the marketing manager of Honor Mobile – Shen Kaixin – also replied about the 100MP controversy, saying that:

Join GizChina on Telegram
With a 100MP resolution, it would be very difficult for pixel size to exceed 0.8μm. Sony and Honor believe that a pixel size of 1μm or more can ensure the typical light sensitivity and image quality required on a flagship. In 2020, our flagships will firmly choose the line of larger base pixelsShen Kaixin

So, Honor believes that it’s very difficult to get larger pixels when resolutions exceed 100MP. Sony and Honor / Huawei also believe that a pixel size of more than 1um can ensure flagship-like photo quality; thus Honor will not be joining the 100MP trend in 2020. Instead, they’ll adopting sensors with larger pixel sizes.

Now, albeit this was Honor talking and not Huawei, we can safely assume the latter company will take the same path. Additionally, from previous rumors we already know the Huawei P40 Pro will pack a custom made 52MP sensor produced by Sony. This sensor will be 1/1.33 inch in size and will adopt pixel binning 4 in 1 technology. This tech allows the sensor to merge four pixels into one in order to capture more light. As you probably know, more light means less noise in photos shot where lighting isn’t optimal.

In conclusion, both Huawei and Honor might equip their flagships with 48MP or 52MP Sony sensors; leaving Samsung’s 108MP image sensors to Xiaomi and other brands.

What do you guys think about the companies’ choice? Do you agree with them? Let us know down below!