After the undeniable success of Redmi K20 and K20 Pro smartphones, it was obvious that Xiaomi would launch proper successors for these smartphones. We saw the first one coming in the form of Redmi K30 and Redmi K30 5G late in 2019. The latter smartphone debuted with Qualcomm’s brand new Snapdragon 765G – A chipset with integrated 5G modem meant for upper-mid-range smartphones. Besides these two devices, a lot of Redmi fans were waiting for the Redmi K30 Pro. Would Xiaomi release the high-end variant of the smartphone with Qualcomm’s latest offering for the high-end segment, the Snapdragon 865? The answer is yes, Redmi did it again! We’re going to see the Redmi K30 Pro debuting with Qualcomm Snapdragon 865 in the near future. 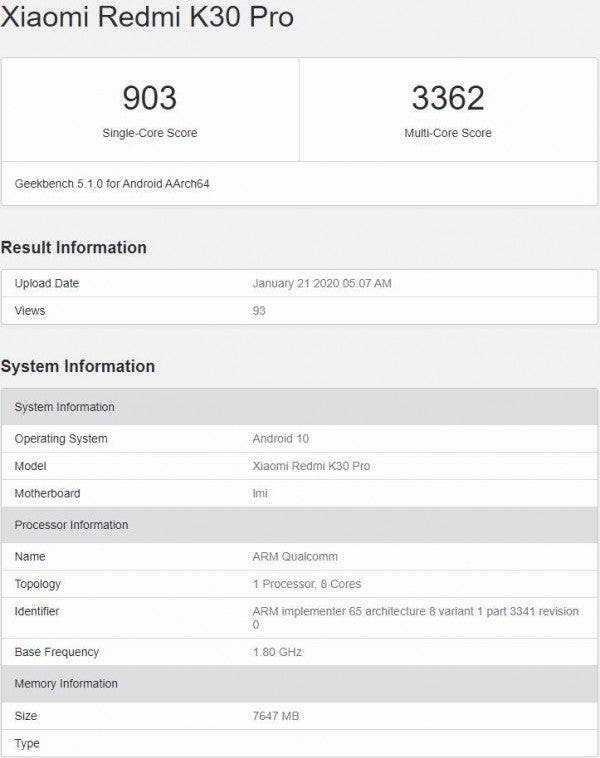 The Redmi K30 Pro has just appeared in the realm of GeekBench 5.1 with a Snapdragon 865 SoC and 8GB of RAM. It posted a score of 900 in the single-core tests and 3300 in the multi-score tasks. That is a solid increase over the Snapdragon 855 which scores around 500 and 2200 in the respective single and multi-core tests. As you may expect, the Redmi K30 Pro is running Android 10 straight out of the box.

Judging the above tests we can say that Xiaomi has a long list of smartphones coming with Qualcomm’s latest high-end offering. For instance, we’ll get the Xiaomi Mi 10 and Mi 10 Pro. Then, there are rumors about the Poco F2 which will also debut with the Snapdragon 865. At this time, we can’t say if the Redmi K30 Pro and Poco’s handset are the same. If that isn’t the case, then we’ll have a myriad of high-end smartphones coming from Xiaomi and its two sub-brands in the coming months. 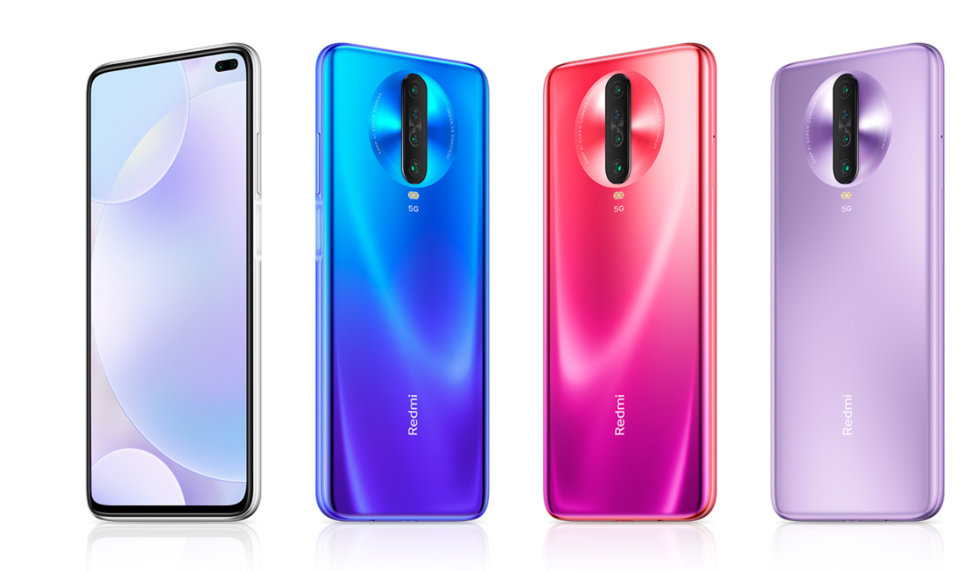 We expect to see a design that is very similar to the regular Redmi K30, but there’s room for some surprises. It would be great to see the return of the AMOLED display and the in-display fingerprint in the high-end model. The standard K30 has an IPS panel with a side-mounted fingerprint. The Redmi K30 Pro should debut shortly after the launch of the Mi 10 series.