Earlier today, a mysterious 5G Oppo phone surfaced on the TENAA listing pointing towards one of the Reno smartphones. Well, we have now spotted two more Oppo devices on the GeekBench listing. As expected, the listing has revealed some key information on both smartphones. Furthermore, we now are certain of the smartphone that appeared on the TENAA certification earlier. 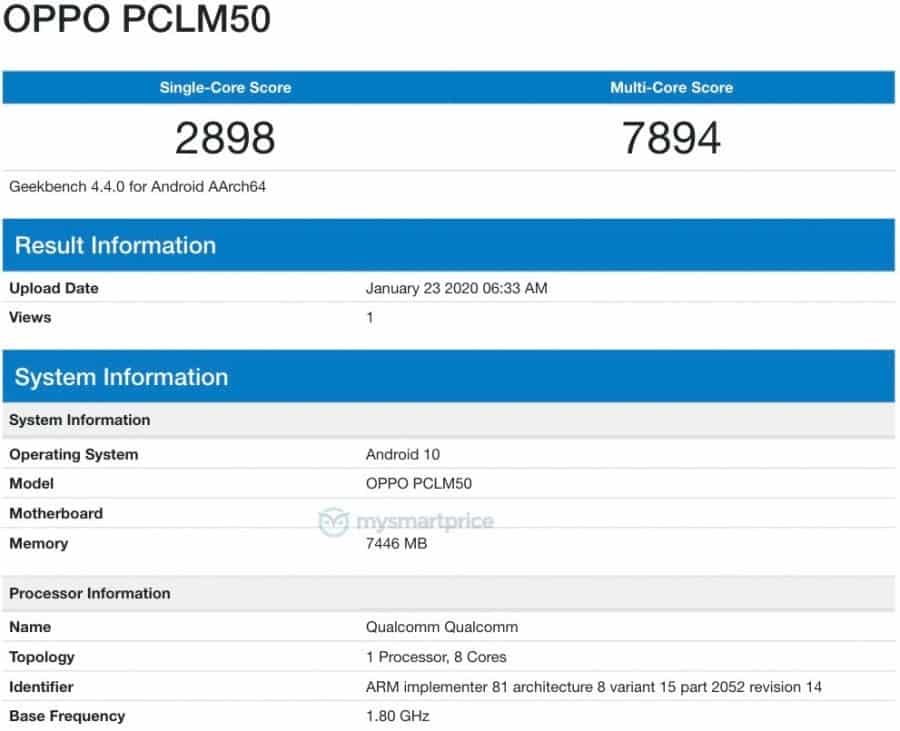 First up, we have the Oppo smartphone with the model number PCLM50. For those who’re unaware, the very same model was spotted on TENAA earlier today. As per the listing, the PCLM50 smartphone is equipped with Qualcomm Snapdragon eight-core chipset with a base frequency of 1.80Ghz. The GeekBench listing has cleared the fact that the device indeed runs on Snapdragon 765G chipset under the hood. This points towards the Oppo Reno 3 Pro smartphone. To recall, the non-pro variant of the phone features MediaTek Dimensity 1000 chipset. As per the listing, the chipset is paired with an 8GB of RAM and runs on the latest Android 10 operating system.

Coming to the scores, Oppo PCLM50 aka Reno 3 Pro managed to score 2898 points in the single-core performance and 7894 in the multi-core performance. It is worth mentioning that the screen dimension of the Reno 3 Pro matches the non-pro variant. This means that we might not see the pro moniker in the name. 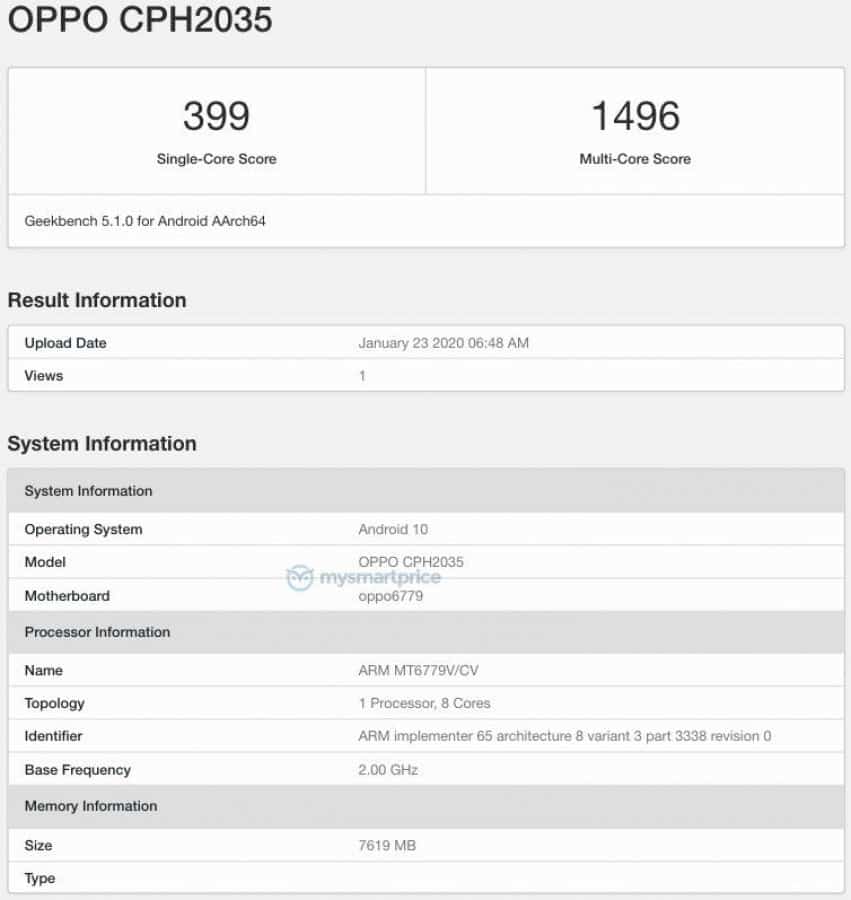 Next up, we have the Oppo device with the model number CPH2035. As per the listing, the smartphone comes with an eight-core processor with a base frequency of 2Ghz – this point towards the Helio P90 SoC. If that’s the case, then this might be the company’s first smartphone to come with a P90 chipset. The device comes with an 8GB of RAM and runs on the latest Android 10 operating system. This is not the first time that we’re hearing about this model. For those who’re unaware, the CPH2035 model has already gained certifications in India and Thailand. This suggests that the device might launch anytime soon.

Previous Huawei Band 4 Launched in India For a Price Tag of $28: Specifications, Features