According to media reports, Samsung’s second-generation foldable smartphone, Galaxy Z Flip, will be available on February 14 for $1400. The Samsung Unpack conference is scheduled to hold on February 11. There are expectations that the company will release the Galaxy S20 and a new foldable smartphone at the event. It usually takes several weeks for Samsung to sell a new device after launch. However, if the latest reports are true, then consumers obviously don’t have to wait long this time.

In addition to the date of sale, the report also claims that the Galaxy Z Flip price is also lower than the original Galaxy Fold. The latter was released last October for $1980. However, the Galaxy Flip will hit the shelves for $1400 (according to rumors).

Recall that for the Galaxy Fold, Samsung sent a unit to several reviewers, an action that turned out to be good. A couple of the reviews were negative mainly due to a defective screen. Samsung had to take several months before it re-launched the Galaxy Fold. Having perfected its Galaxy Fold, the Galaxy Z Flip will most likely not have the same issues. 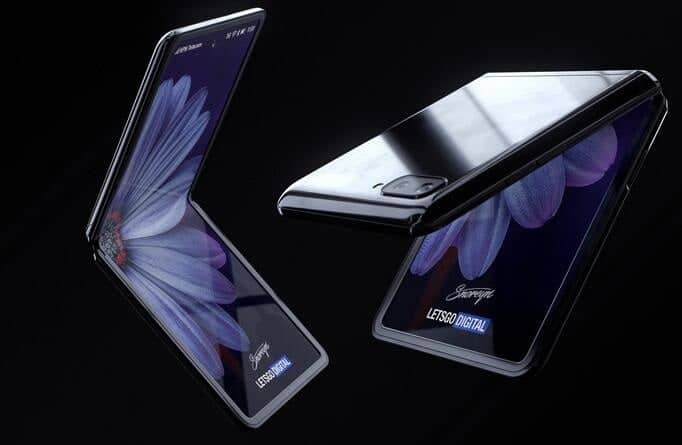 Previous reports on the Galaxy Z Flip states that it would fold vertically, like an old flip phone.  This device will also use a glass screen instead of a plastic screen like the Galaxy Fold. The Galaxy Z Flip may be exclusively sold by US operator AT & T, although there will be other unlocked versions. This is similar to the Galaxy Fold release arrangement.

In addition to Samsung’s new foldable phone in February, Motorola will also launch the foldable phone, Razr, on February 6. Unlike the Galaxy Z Flip, the Razr will fold horizontally, similar to the previous foldable smartphones. As of now, there is no official response from Samsung on this report.

Previous Windows 10: You can now use your PC to make and receive calls

Next Motorola will release a flagship smartphone at MWC 2020