On February 4, IDC released its latest report for the global smartphone shipments in the fourth quarter of 2019. According to it, the shipment fell by 1.1% year-on-year. However, Xiaomi has grown significantly against the trend, with a year-on-year increase of 31.1%. This is the largest increase in the previous TOP5. 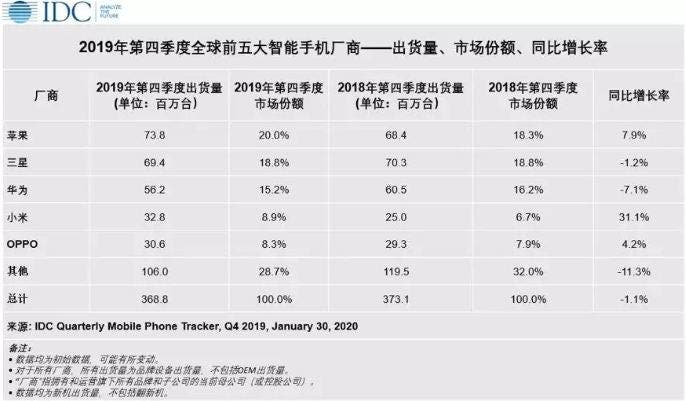 Xiaomi ranked fourth, and it has the highest growth rate among the top five, with a year-on-year increase of 31.1%. Its market share reached 8.9%. OPPO was fifth, with a share of 8.3%, an increase of 4.2% year-on-year. 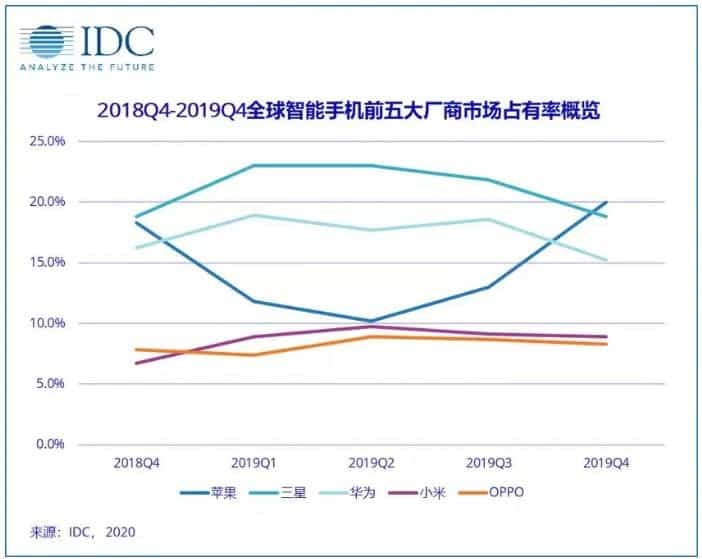 ‘2019 is already the third year of declining shipments, and even the launch of innovative products such as 5G devices and folding screen phones cannot save the situation,” said Anthony Scarsella, research manager of the quarterly tracking report for the global mobile phone market at IDC.

‘Although the global market fell again in 2019, some leading companies such as Apple, Xiaomi, OPPO still performed well in the fourth quarter, mainly because they launched new models and shifted their market focus overseas. Xiaomi and OPPO performed well in India. At present, they are starting to gain momentum in the Western European market, similar to Huawei a few years ago.’ 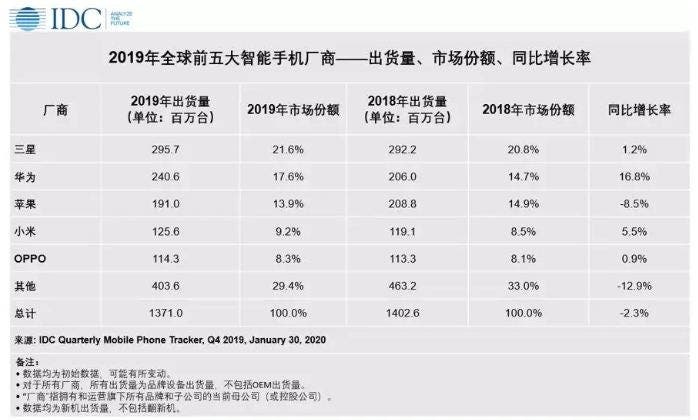 Apple achieved impressive results in the United States, with a market share exceeding 50% in the fourth quarter. Looking into the future, 5G smartphones with affordable prices will become an important weapon to reverse the three consecutive years of decline in 2020.

Next Realme TV Is On The Way. If Succeeds, Realme Notebook Will Come As Well