We have talked long and hard in the past about the SAR radiation of our mobile phones. In addition to the way it affects our health. In the case of the latest iPhone launched, Apple says its phone has a rate of 0.99W/Kg. But now, a new study says it is much higher. The latest study on Apple phones found that the radiation emitted by the iPhone 11 Pro exceeds federal safety limits in the US. This could pose a risk to the users of this phone. RF Exposure Labs has concluded that the radiation from Apple’s smartphone is more than double the safety limit set by the American agency.

The test was conducted with the iPhone 11 Pro located about 5 mm away from a dummy. The laboratory then observed that the radiation exposure far exceeds the established limits. It can still be more pronounced if the phone is in the user’s pocket. The most direct conclusion is that the flagship potentially exposes people to more than double what the FCC has considered safe.

However, everything that surrounds the emission of phone waves has always been involved in a big controversy. Is the radiation emitted by our mobile phones harmful to health? 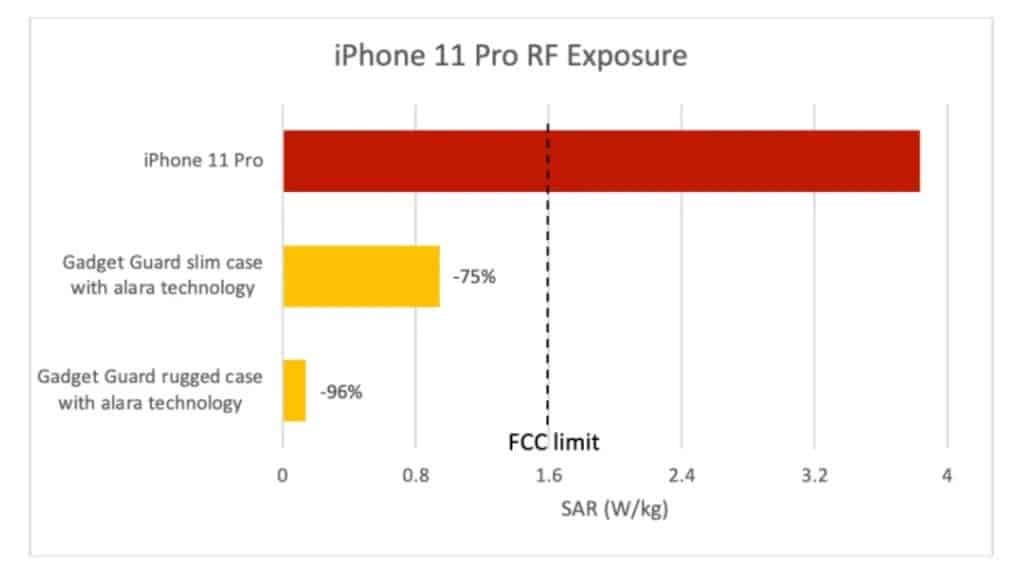 What does WHO say?

The World Health Organization does not categorically state that smartphone radiation can cause us a serious illness, but it does warn that it is something that we must take into account given the rapid expansion of mobile phones. This has led to the need to investigate their development with a possible link between the emissions emitted by them and the formation of cancerous brain tumors.

On paper, the smaller the SAR, the safer the mobile is and the better it is for the user. The European Union sets a limit of 2W/kg and based on this we can determine whether the iPhone 11 Pro is a “safe” smartphone or not, according to the study we talked about in the article, the top of the range of Apple almost reaches 4W/Kg, quadrupling the data offered by Cupertino.

Other Apple phones that usually sneak between the smartphones that emit the most broadcast are the iPhone, 7 Plus and the iPhone 8 and it is striking that the new Pro model duplicates the data offered by the Xiaomi Mi A1, so far the mobile that hast the highest SAR radiation-emitation.

Is it a manipulated study? We expect Apple to rule on it sooner rather than later.

Apple iPhone has been asked to shut down 2G network