This morning, Ni Fei, president of Nubia Technology Co., Ltd. and co-founder of Nubia Brand announced via Weibo that the Red Devils 5G gaming phone will be uncovered at the MWC 2020. This is one of the rare smartphone makers from China that will bring a new smartphone at the upcoming world tech events. As you know, many Chinese manufacturers have delayed release dates of their new products because of the coronavirus epidemic. 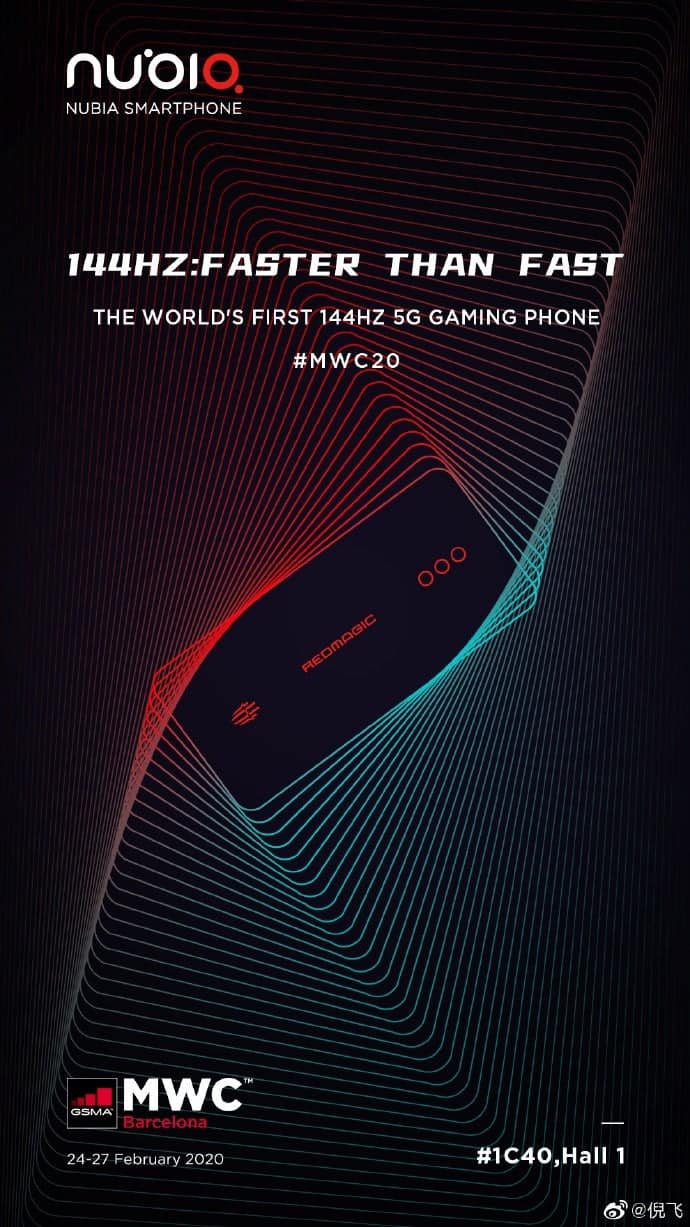 A poster shows that the Nubia Red Devils 5G gaming phone will use a 144Hz refresh rate screen. Thus, this is the world’s first 144Hz 5G gaming phone. And now, we learned that it will come at MWC 2020 (February 24-27).

On February 6, Ni Fei said that the Red Devils 5G smartphone will be equipped with the LPDDR5 memory as standard. This handset will use the Samsung LPDDR5 memory. A few days ago, Xiaomi officially announced its Mi 10 flagship will come with a similar feature, becoming the world’s first smartphone with a new-gen memory chip. 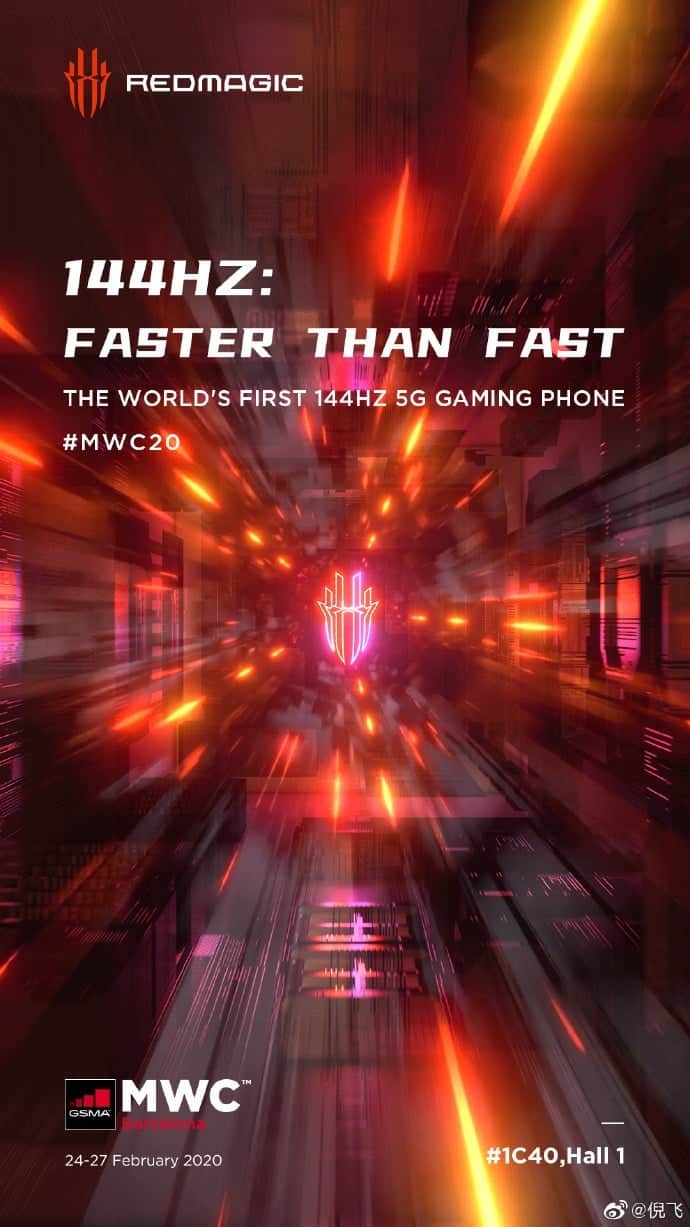 However, other core features are almost identical. Say, the Red Devils 5G gaming phone will be equipped with the Snapdragon 865 processor. The maximum capacity is expected to reach 16GB. In terms of charging power, when the phone has only 8% of power and it’s being charged, the maximum power input will exceed 80W.

In terms of heat dissipation, the Red Devils 5G gaming phone comes with the ‘air-cooled turbo fast charge’ solution combined with a built-in fan. When the temperature and current reach a certain threshold, the built-in fan automatically starts, accelerating the cooling of the battery and the entire machine. This ensures the effect of charging more power in a shorter time.