In recent days, we learned about three outstanding features of the upcoming Xiaomi Mi 10 smartphone. They include the Snapdragon 865, LPDDR5 memory, and UFS 3.0. Today, the manufacturer officially announced its new flagship will come with WiFi 6 support. 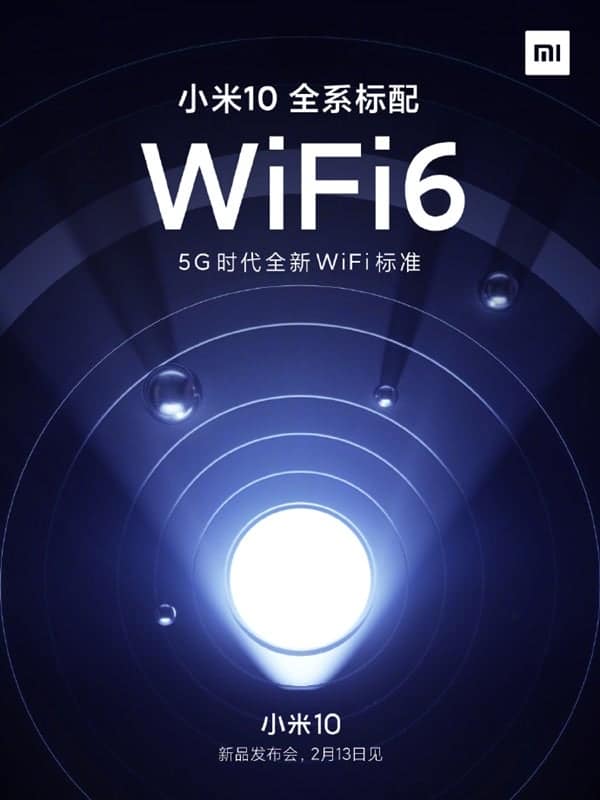 WiFi 6 is the latest Wi-Fi standard in the 5G era. Its speed has been doubled. However, not only the network speed is faster but also it optimizes the performance experience of a large number of devices at the same time.

The goal is to support indoor and outdoor scenarios and improve spectral efficiency. Compared with 802.11ac, in high-density scenarios, such as railway stations, airports, and stadiums, it can increase the average user throughput by 4 times. 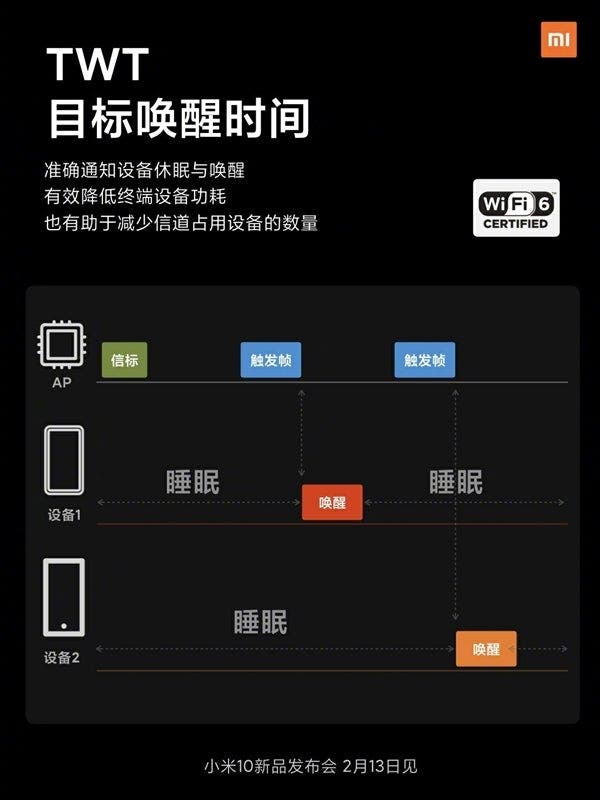 Thanks to the introduction of uplink MU-MIMO, 1024QAM modulation, 8 * 8MIMO and other technologies, the theoretical maximum rate of WiFi 6 reaches 9.6Gbps.

Compared with the previous generation, WiFi 6 has a core technology called TWT. It can intelligently arrange smartphones or IoT devices to sleep when they don’t need communication. As you guess, this is done for power saving purposes. 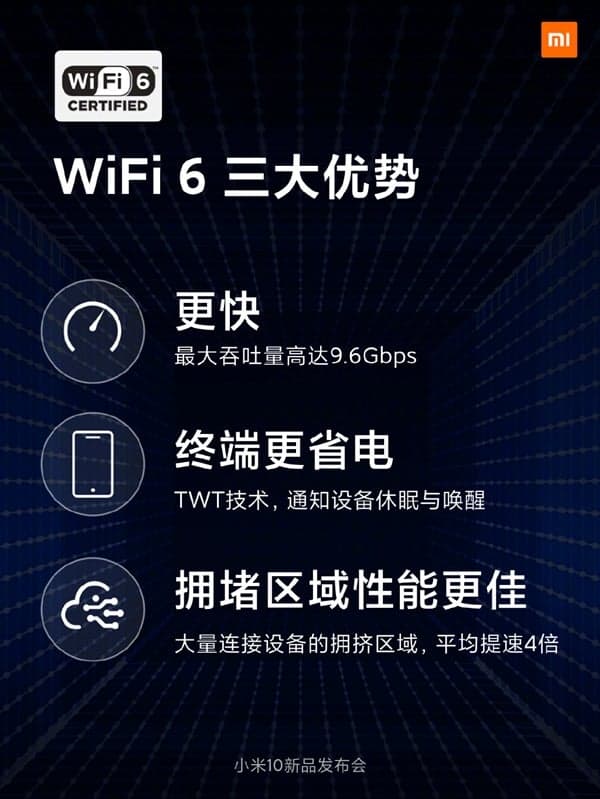 By the way, previously, we have heard Xiaomi was working on a WiFi 6 router. It seems this product will be unveiled at the same event of the Xiaomi Mi 10. Thus, they will be uncovered on February 13. This router is going to be another cost-effective product, bringing the latest technology to larger masses.