A few days before its official presentation, the design of the Xiaomi Mi 10 has officially been unveiled by the boss of the brand on Weibo. The Mi 10 will have a punched screen with curved edges.

It is on February 13, next Thursday, that Xiaomi will officially unveil in China its next high-end smartphones, the Mi 10 and Mi 10 Pro. Before this presentation, this new range has already been formalized on the Chinese social network Weibo.

Indeed, the boss of the brand, Lei Jun, published this Monday an official image allowing to discover some information on the Xiaomi Mi 10. He explains that it will be a “premium smartphone for Mi fans and a masterpiece resulting from Xiaomi’s ten years of success”. Above all, the publication allows you to finally discover the design of the future smartphone. 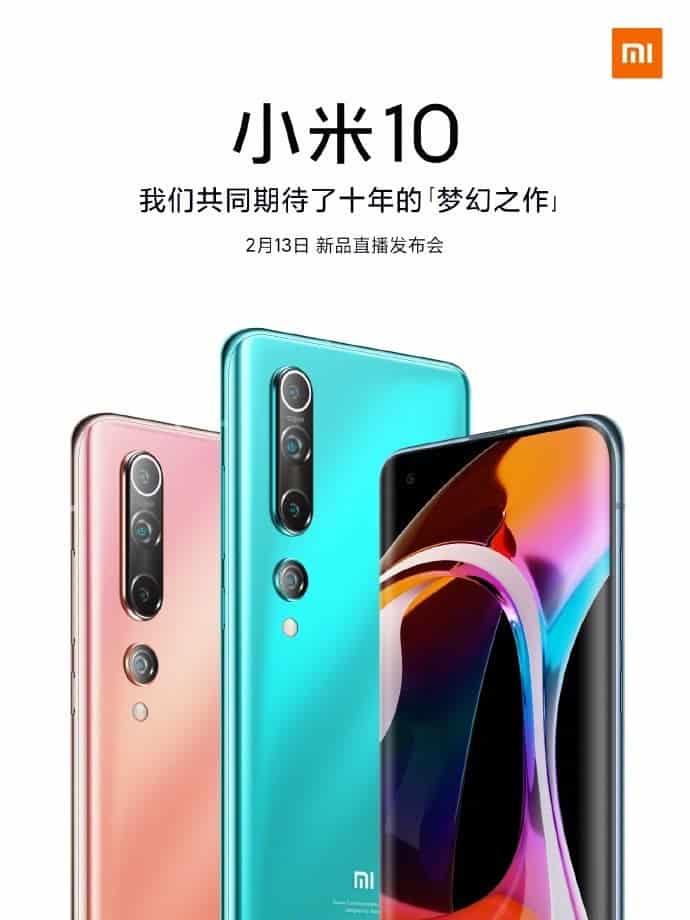 We can thus discover a screen that takes most of the front of the smartphone with rounded corners and curved edges. We also discover a screen panel pierced in the upper left with a camera for selfies. On the back, the smartphone includes a module with four cameras fairly close to what Xiaomi had proposed on the Mi Note 10. Three cameras are thus grouped at the top with a fourth lens positioned lower.

The formalized design is identical to a leak dating from the end of January. We find the same positioning for the selfie camera and the photo modules. Contrary to what some people hoped, the design should therefore be very different from that of the Xiaomi Mi Mix Alpha.

Next Galaxy S20: Here are the first camera shots at Night Mode and 30X Zoom