Chinese manufacturing giant, Xiaomi, will release its latest flagship series in a few days. In recent times, the imaging department has been the focal point of this series. It will be the first Xiaomi series to use Samsung’s 108MP flagship sensor. Today, Xiaomi officially confirmed that indeed, the Xiaomi Mi 10 series will use the 108MP main camera. 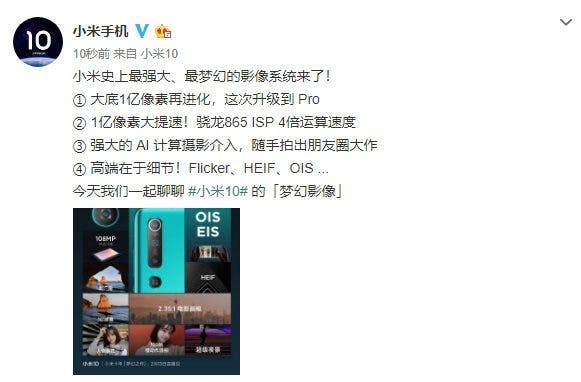 The Xiaomi Mi 10 will also come with a Snapdragon 865 ISP which increases the computing speed by almost 4 times. With the addition of AI computing photography, users can easily take high-quality images. In addition, Xiaomi Mi 10 also adds support for Flicker, HEIF, OIS, and other functions to make photo details better. The imaging system of this series supports 120-frame slow-motion selfies. It also supports super night scene mode with a 2.35: 1 movie format. 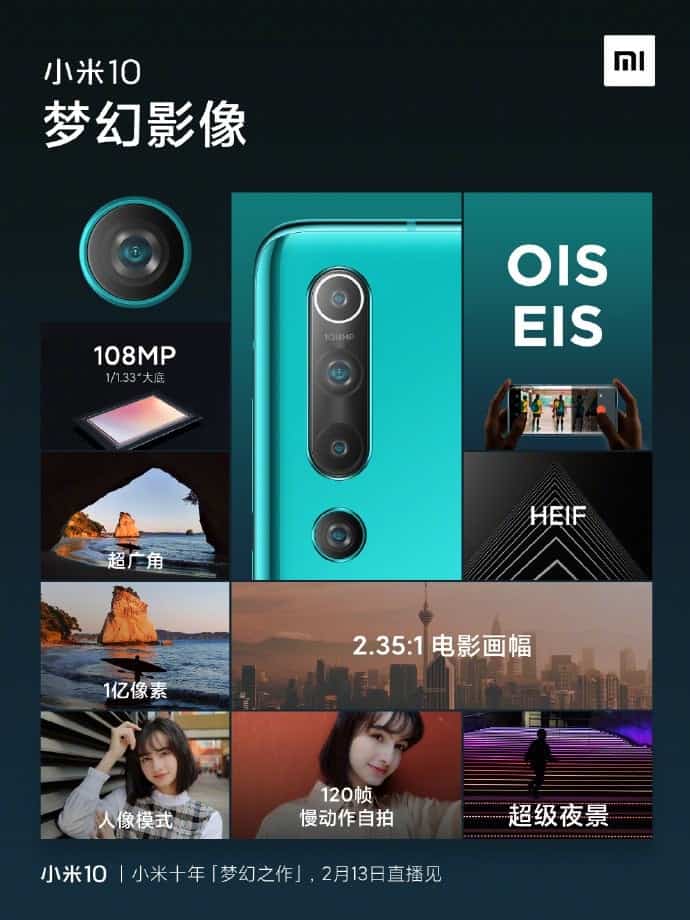 According to the available information, the Mi 10 series will use a quad-rear camera configuration. Specifically, we will have a 108MP main camera + 48MP + 12MP + 8MP sensors. Furthermore, this smartphone will also come with a 50x zoom capability. 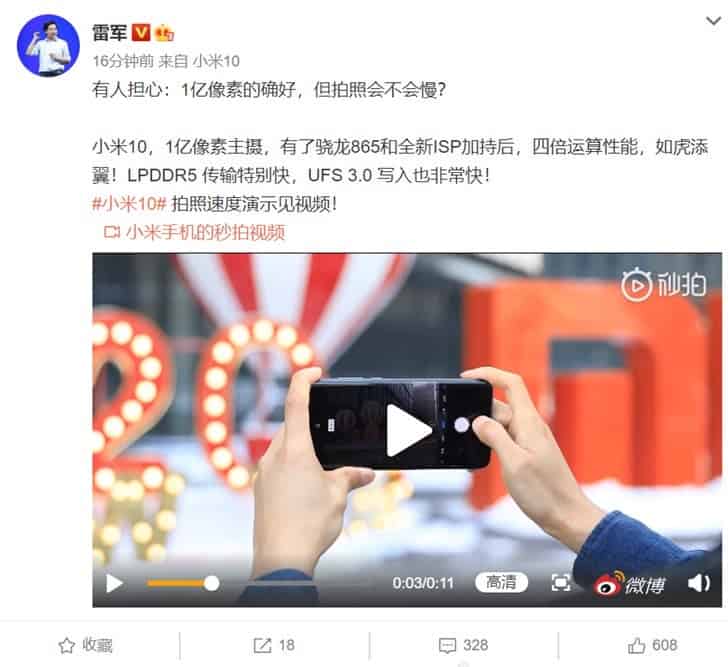 With the increase of the camera pixels of mobile phones, the photo files are getting larger. If OEMs don’t optimize the hardware, the general camera experience greatly reduces. It’s quite scary to have a single image weigh over 20MB. If the files are massive, it will most certainly restrict usability in some scenarios. Well, Lei Jun (Xiaomi’s CEO) has something to say in this regards

According to Lei Jun, with the support of Snapdragon 865 and the new ISP, it has achieved four times the computing performance. In addition, LPDDR5 memory and UFS 3.0 flash memory are also fast. This means that the useability will be fast. Lei Jun also said that the HEIF format reduces the file size by at least 50% while maintaining image quality.

He demonstrated Xiaomi Mi 10’s performance in a video. It can be seen from the video that in good lighting conditions, the Mi 10 takes photos quickly and the photos open in a short time. In addition, Lei Jun also confirmed in the comments of his Weibo post that the Xiaomi Mi 10 will support 10x hybrid optical zoom and 50x digital zoom. The Xiaomi Mi 10 launch conference will take place online at 14:00 on February 13th.