On February 13, Lei Jun officially released the Xiaomi Mi 10 and the Pro variant. They come with the latest flagship Snapdragon 865 processor. There is also a 90Hz custom AMOLED curved screen. And among the biggest highlights, we can also mention the 4500mAh strip battery, which supports a faster 50W rapid flash charging technology. It can be charged to 100% in 45 minutes. Today, the manufacturer announced two other functions supported by this series. They are the 15-level fine tuning and smart scene recognition. 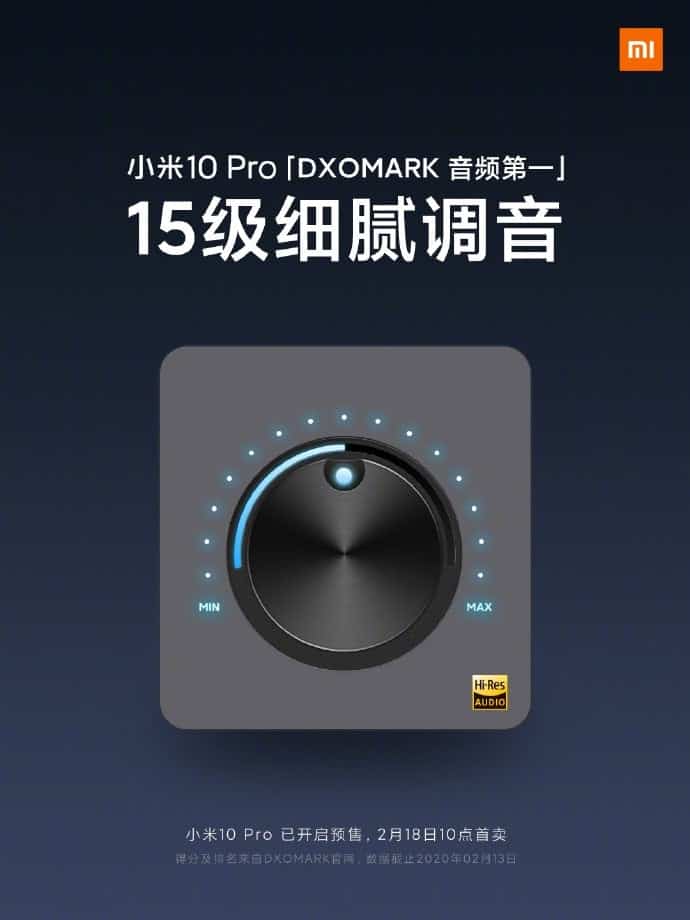 Have you ever encountered this situation: when watching a movie, the volume is too loud and the sound is inaudible? Want to turn up the volume and listen to the song, but the sound quality is a bit harsh? Playing games at low volume, but the music sound effect is not explosive, no texture at all? The Xiaomi Mi 10 series supports ‘15-level delicate tuning’. 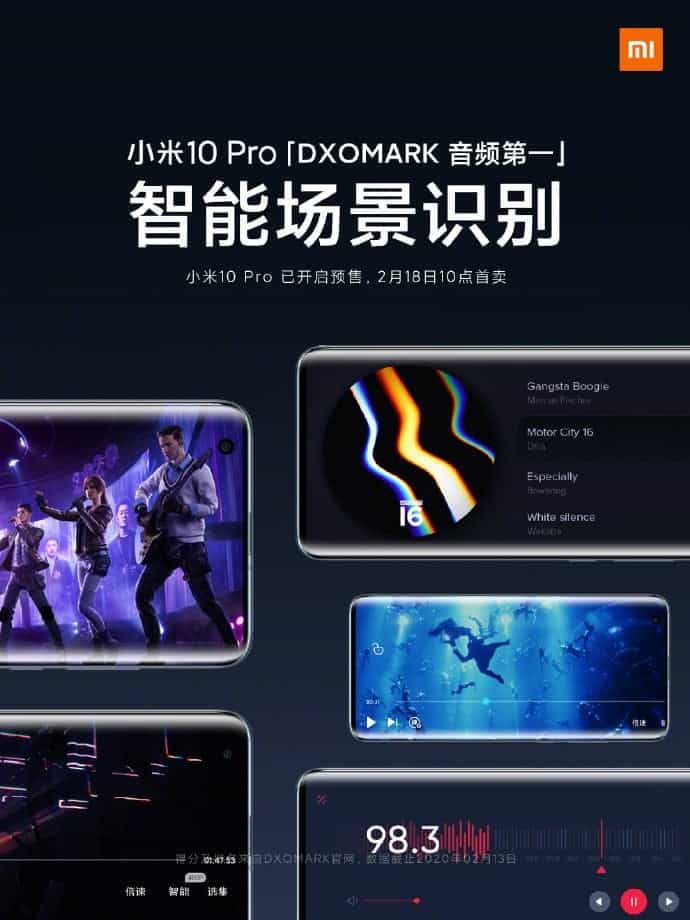 Obviously, the sound of different environments has different temperament and performance. The Xiaomi Mi 10 series supports the mart scene recognition function, which can distinguish and adjust the sound texture that fits during playback. So you are immersed in it fully.

As for its key features, the Xiaomi Mi 10 series is equipped with the latest flagship Snapdragon 865 processor. Also, the chip is accompanied by a LPDDR5 memory, WiFi 6, UFS 3.0 storage, 100MP camera and many more. And we have already talked about the 90Hz custom AMOLED curved screen, the triple fast charging options. But the aforementioned two new features show that our protagonist pays attention not only ‘big’ hardware improvements but also ‘small’ changes that are not seen most of time.