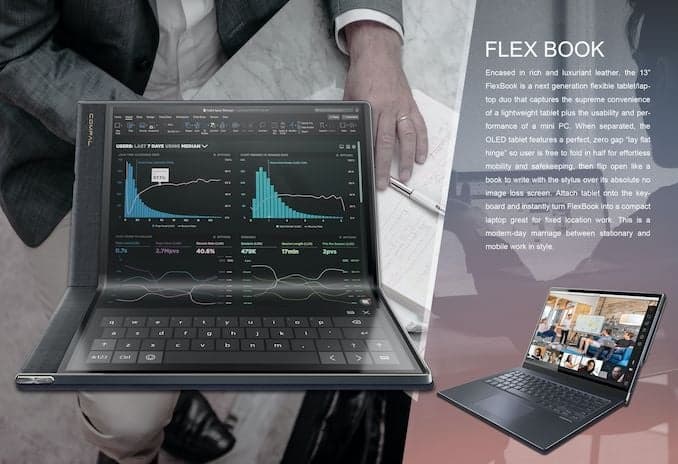 According to the source, Compal’s FlexBook is 13 inches in size. It has two speakers on the side, a USB-C port on each side, and a volume button. This tablet can be folded in half due to the foldable OLED display and a ‘zero-gap flat hinge’. When folded, the device can be used as a notebook, and the lower screen becomes a virtual keyboard. By the way, the outside and chin of the FlexBook are made of leather.

Compal has not yet announced the detailed configuration of FlexBook, nor has it announced its mass production time.