Chinese manufacturing giant, Xiaomi, releases a couple of devices every year. However, it usually releases two flagship series, one in its digital line-up and the other in the MIX series. The company has already released the Xiaomi Mi 10 series. Recently, Redmi’s general manager, Liu Weibing confirmed that the upcoming Redmi K30 Pro will not be “better” than the Xiaomi Mi 10 series. This means that if we will see another flagship from the company this year, it should be the Xiaomi Mi MIX 4. However, there have been a deafening silence regarding the Mi MIX 4 – at least until today. 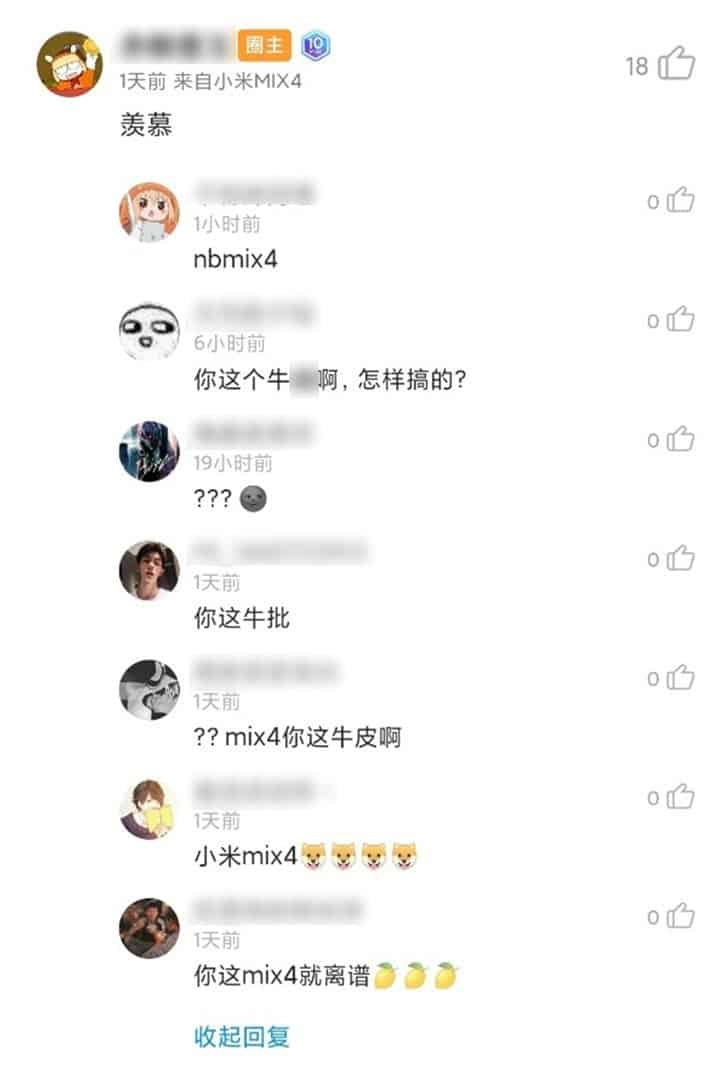 Today, at the Xiaomi Community, a commenter responded with the “Xiaomi Mi MIX 4”. His response on Weibo shows that he is typing from the Xiaomi Mi MIX 4. Given that this smartphone has not been released, it raised a lot of dust in the Mi Community. Well, a lot of things are possible in the digital world. We do not know if this user is truly commenting from a MIX 4. It is possible that the user found a way of making his comment reflect whatever he wants.

Since the debut of the Mi MIX Alpha, the rumors surrounding the existence of a new model in the series. In reality, there were a lot of confirmations, denials, and allusions until the appearance of this smartphone on the official website of JD.com. Now we do not doubt the existence of the Xiaomi Mi Mix 4 (4G & 5G). The latest report only strengthens the speculations. However, there is still a lot to know about this smartphone.