The cancelation of MWC 2020 due to Coronavirus forced several companies to push their smartphone launches forward to March. As a result, the first days of the next month are quite full of new smartphone releases. Among them, we have the Oppo Find X2 and Oppo Find X2 Pro. Both smartphones will go official on March 6 with 1440p displays and 120Hz refresh rate. Today a leak revealed the back design of the smartphone as well as its periscope camera.

Looking at the leaked images, we can see a triple camera setup with a periscope shooter on the top. It’s similar to what we have on the Huawei P30 Pro and in the Samsung Galaxy S20 Ultra. It’s not a secret that Oppo is aiming high at the photography enthusiasts with the upcoming Find X2 series. 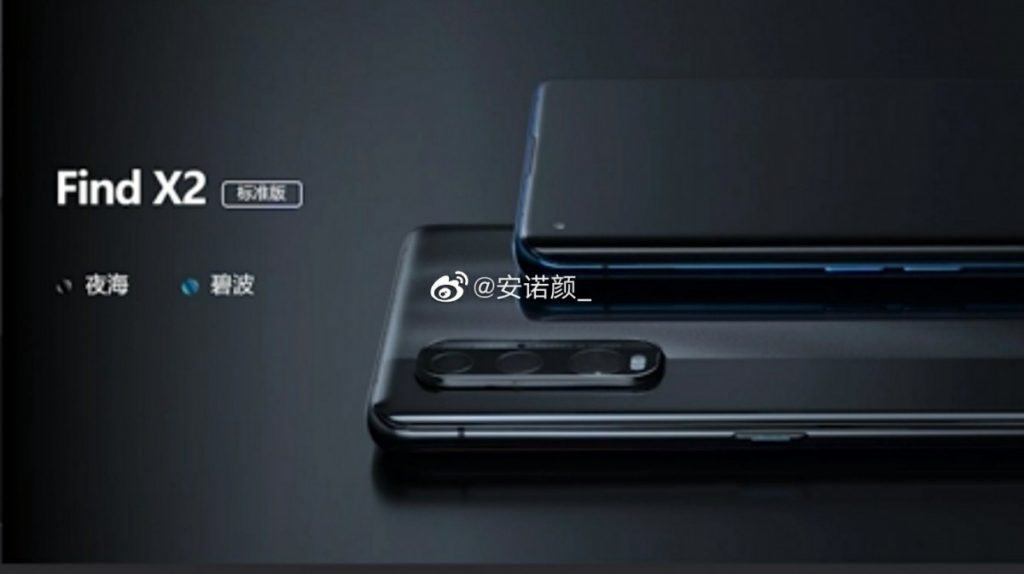 Interestingly enough, the leaked shots also reveal the Find X2 in at least three color options – Black, Green, and Orange. The camera consists of three shooters, as well as an LED flash. Worth noting, that there are two different phones with the periscope shooter likely reserved for the Oppo Find X2 Pro handset. We can see that one of the smartphones only has three conventional cameras.

Oppo was all set to launch the Find X2 lineup at MWC 2020, however, it was postponed for March 6 due to health safety measures. Along with the two flagship devices we expect to see a new smartwatch.