A few days ago, at Huawei’s global press conference, Huawei Consumer Business CEO Yu Chengdong announced that the Huawei P40 series will be released on March 26. He called it ‘the world’s most powerful 5G flagship’. Many people became curious. The Huawei P series has always been known for its strong camera features, and this year’s P40 series is no exception. The release of Huawei P40 Pro will rewrite the current DxOMark rankings. So the attention is naturally high. 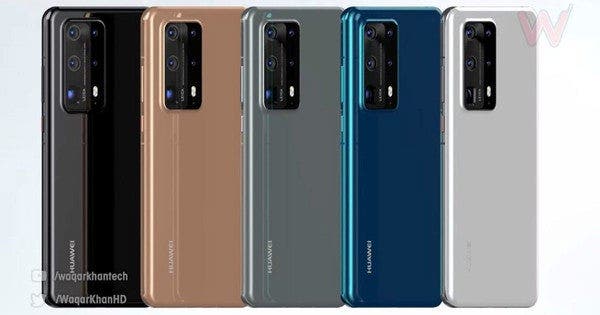 Apart from this, recently, some sources exposed the configurations of Huawei P40 series. For example, Kirin 990 5G processor is pinned on the board, which will provide stable 5G connectivity. Secondly, the Huawei P40 series will be preset to release HMS services soon. The ecology of Huawei’s smartphones in the open sea will gradually improve. As for the imaging system that everyone is concerned about, the same sources said that the main camera of the Huawei P40 series will use a 52-megapixel CMOS and have a 1/1.3-inch outsole. In addition, there will be a 40-megapixel film lens, a periscope lens that supports ten times the light change, and a ToF lens.

Moreover, there have been rumors that the Huawei P40 series main CMOS supports 16-in-1 pixels technology. It is the most advanced in the industry at present.

The Huawei P40 Pro is expected to use a 120Hz refresh rate screen. So we can assume that the fluency has been significantly improved. But at the moment, many of the aforementioned features remain at the level of rumors.

Next PS5: Dualshock 5 will have wireless charging according to this patent