Every year, OnePlus releases two flagship phone series – the original line and the ‘T’ line. It seems this year will not be an exception. But because of the coronavirus outbreak, many things may change. Anyways, those handsets come with the most powerful hardware and mainstream design. In this sense, the OnePlus 8 will continue what its predecessors have done. 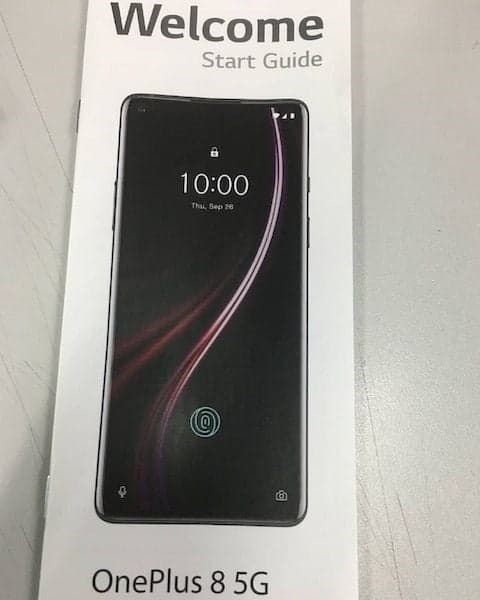 This week, a user manual showing up as OnePlus 8 5G appeared online. Looking at the spotted poster, we can see that the phone will have a punch-hole screen. And the hole will be placed in the top left corner. At the same time, we can see the device sports the screen fingerprint and three-stage mute key design.

Interestingly, the OnePlus India announced that the new product will be announced on March 3. However, from the short video, it seems that it is not compatible with OnePlus 8. Thus, this won’t be the much-talked OnePlus 8. Some users have also speculated that OnePlus would be a gaming phone, while others think that OnePlus would announce a new concept phone. There is even an assumption that nePlus had made the perimeter multi-zoom lens ready for commercial use.

Earlier this year, OnePlus showed off its first concept machine. The biggest feature is the hidden back lens design. The transition from opaque to transparent takes only 7 seconds. OnePlus didn’t say when it will the technology be commercially available.

Back to the OnePlus 8, the screen is said to be 6.5 inches. It should also carry a vertically arranged triple-camera on the back. And it won’t have a ToF lens. Plus, the battery capacity will be 4000mAh battery and the handset will have an IP53 waterproof certificate.

Next Vivo Z6 5G is Now Officially on Presale in China