The OnePlus 8 series could be announced as soon as next month. And as we are nearing the launch, the gradual drip of information leading up to the launch has now started trickling down this week. A new leak by prolific tipster Ishan Agarwal via 91Mobiles reveals some of the primary specs of the company’s next premium smartphones.

As per the latest leak, the upcoming OnePlus 8 Pro will sport a 6.65-inches AMOLED display with the company’s new 120Hz refresh rate technology, which it showcased in January. More importantly, it will have support for 30W wireless charging – a much-awaited first for a OnePlus device. Additionally, it will also come with faster 50W (10V, 5A) Super Warp wired charging technology. Under the hood, it is expected to be powered by Qualcomm Snapdragon 865 with dual-mode 5G support. Also, it will be the first OnePlus device to sport quad-camera setup with a new TOF sensor in tow apart from the regular wide, ultra-wide, and telephoto shooters. Lastly, the whole package will be backed by a 4,500 mAh battery and will run OxygenOS 10 based on Android 10. Moreover, the handsets might finally also get an official IP rating making them the first OnePlus handsets to be officially rated for water resistance. 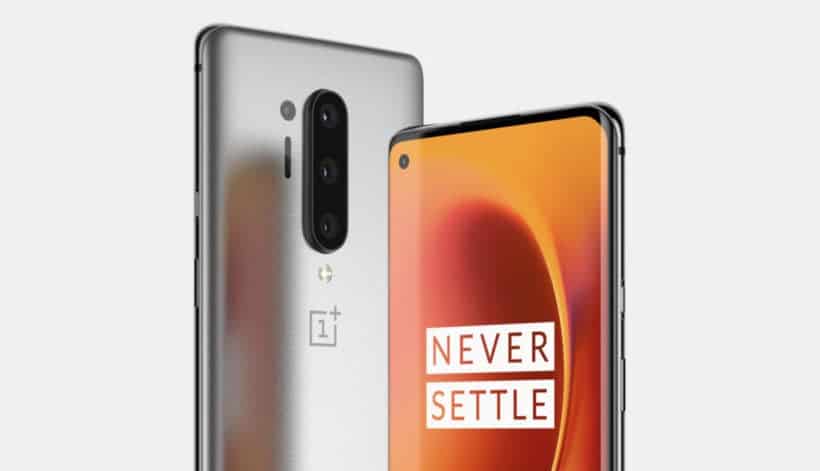 The vanilla OnePlus 8, on the other hand, will inherit most of the features from its Pro sibling like the SoC, 5G support, software, 120Hz refresh rate, and possibly 30W wireless charging. However, the latter two features are yet to be confirmed. The display of this device will measure 6.5-inches in size and it will come in three storage variants (UFS 3.0) – 6GB + 128GB, 8GB + 128GB, and 12GB + 256GB. But sadly, it will lack the telephoto camera found on the Pro for a 2MP macro or depth sensor accompanied by a 48MP primary snapper and a 16MP ultra-wide unit. A slightly smaller 4,000 mAh battery will fuel the device with support for Warp Charge 30T.

Having said that, OnePlus is yet to announce the launch date for the OnePlus 8 series which will include a lite variant for the very first time. OnePlus is also working on a Lite version of its premium smartphones and we expect it to launch alongside the flagship duo sometime in April.