Alongside the Realme 6 series, Realme also unveiled the much-hyped realme Band. The company’s first fitness band has been teased by the company, especially CEO Madhav Sheth, for a very long time. Anyway, it is now finally here for a price tag of INR 1,499 and will compete with the likes of the Mi Band 4 and the Honor Band 5i.

The realme Band, unlike Xiaomi Mi bands, features a 0.96-inch TFT colour LCD non-touch panel with a resolution of 80 x 160 pixels. But, it comes with an integrated USB Type-A connector for charging which can be accessed by removing one of the straps. Since it has no touch input, the band has to be controlled by a single capacitive button below the screen. However, there is a heart rate sensor, which is not present on its closest competitor Mi Band 3i. Although the band is IP68 dust and water-resistant, it cannot be used to track swimming as it is not present in the list of 9 sport modes that include yoga, cricket, hiking, and others. Maybe, Realme will bring new modes to the band via firmware updates sometime later this year. It will come with sleep tracking similar to most other bands, and feature built-in charging port. 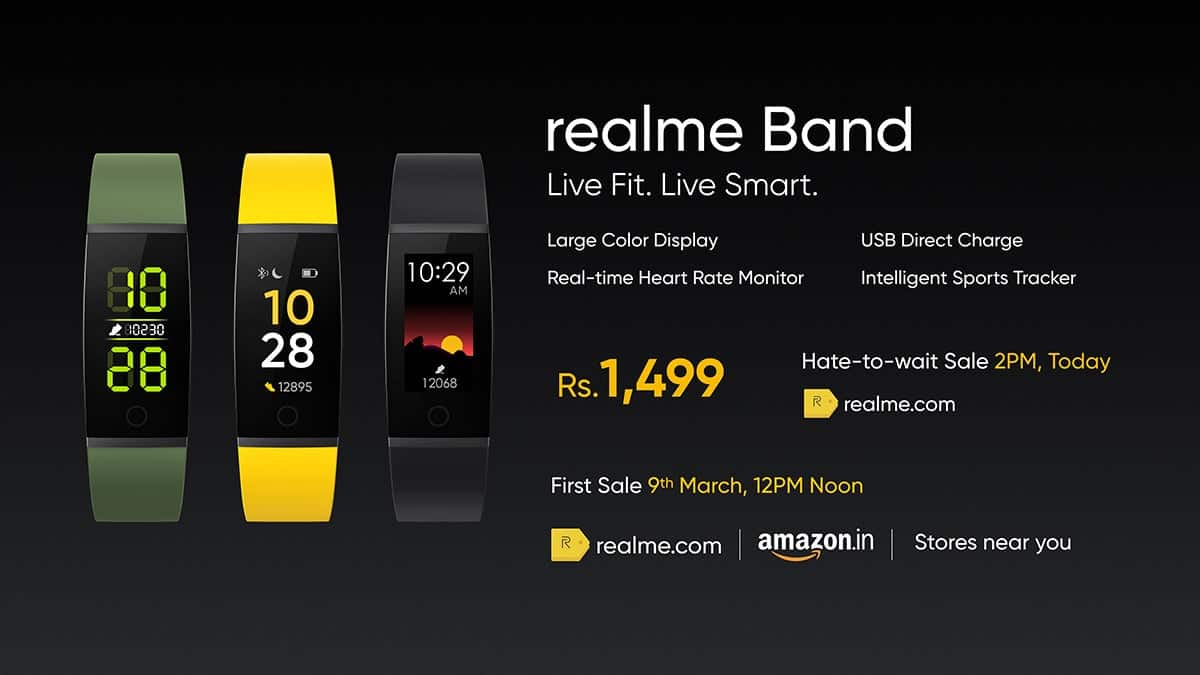 A 90 mAh battery powers the realme band with a maximum backup of 10 days. The Realme band comes with Bluetooth 4.2 to connect with smartphones via the Realme Link app. This app will be the home of the brand’s present and upcoming IoT products. The band will be available in Ink Black, Olive Green, and Light Yellow colour variants. It can be purchased from Realme online store and Amazon India. The company is yet to reveal the international availability.

The band has IP68 ratings for water resistance and offers smart notifications.