Xiaomi’s Redmi is gearing up for the launch of the new Redmi Note 9 and Note 9 Pro smartphones in India. The new devices are coming to establish Xiaomi’s domain over Realme and its recently released Realme 6 duo. The new smartphones are coming on March 12 and are the real contenders to the Realme smartphones. The Redmi Note series is one of the most if not the most successful lineup of mid-range smartphones in India, for that reason, the new duo is highly-anticipated by Mi fans. Ahead of the official launch, the folks at Pricebaba obtained details about the specifications along with the color options of the Redmi Note 9 Pro. The information comes straight from the popular leakster, Ishan Agarwal.

According to the report, Redmi will offer the Redmi Note 9 Pro in two variants in India. One with 4GB of RAM and 64GB of RAM and another option with 6GB of RAM and 128GB of storage. That’s a standard now for Redmi Note devices. Of course, the new smartphone will include microSD support. As for the color options, the tipster states that the phone will be available in Aurora Blue, Glacier White, and Interstellar Black color options. For now, that’s basically everything revealed by the tipster. 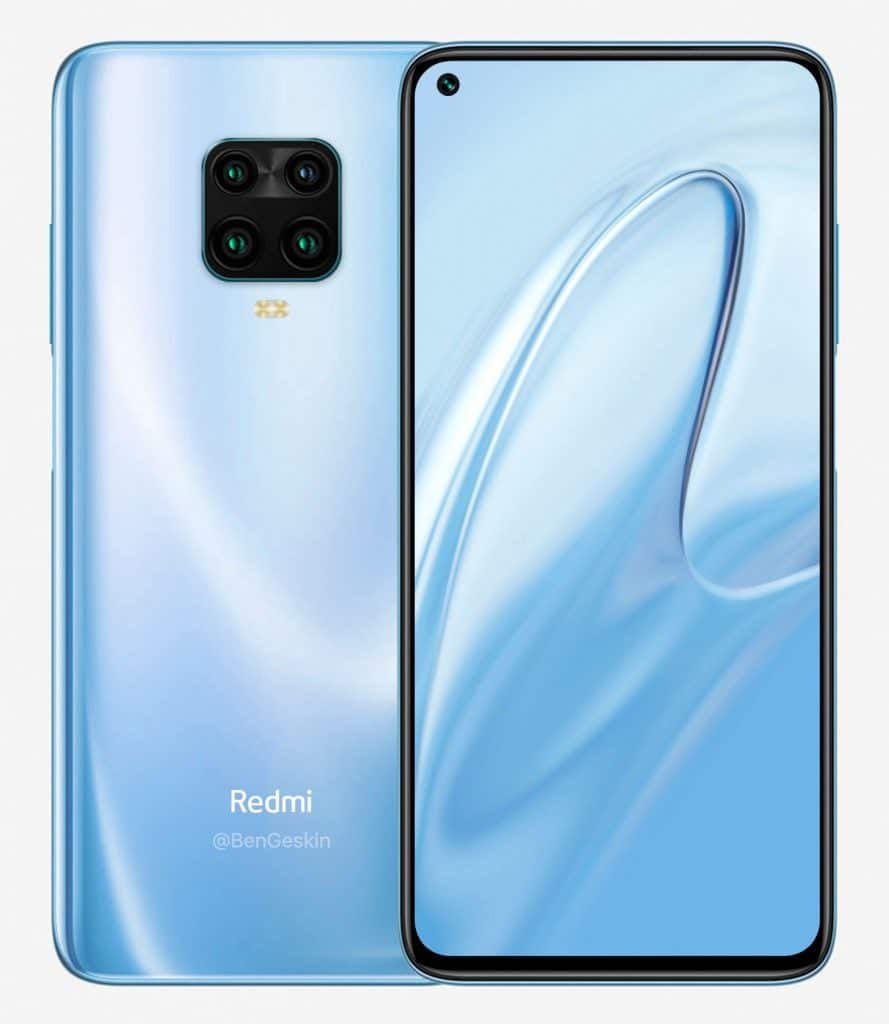 Thankfully, information about the highly-anticipated Note smartphone isn’t so scarce now. The device was recently spotted on GeekBench and a concept image was created by designer Ben Geskin. According to the benchmark website, the smartphone runs a Qualcomm chipset clocked at 1.8GHz. Perhaps it’s the new Snapdragon 720G which pits the phone directly against the Realme 6 Pro. The variant spotted at GeekBench runs with 6GB of RAM and has Android 10 with MIUI 11 running atop.

As per the concept renders, the smartphone features a square-shaped quad-camera module on the back. Interestingly enough, this design language for multiple cameras is a first for the Redmi series. However, if you’re a fan of Huawei Mate series you probably notice the resemblance. Moreover, the handset features a punch-hole display. The selfie snapper will live inside of a top-left aligned hole. The render also suggests a side-mounted fingerprint. According to Amazon, the device will sport a curved Gorilla Glass back, immersive gaming experience and fast charging. 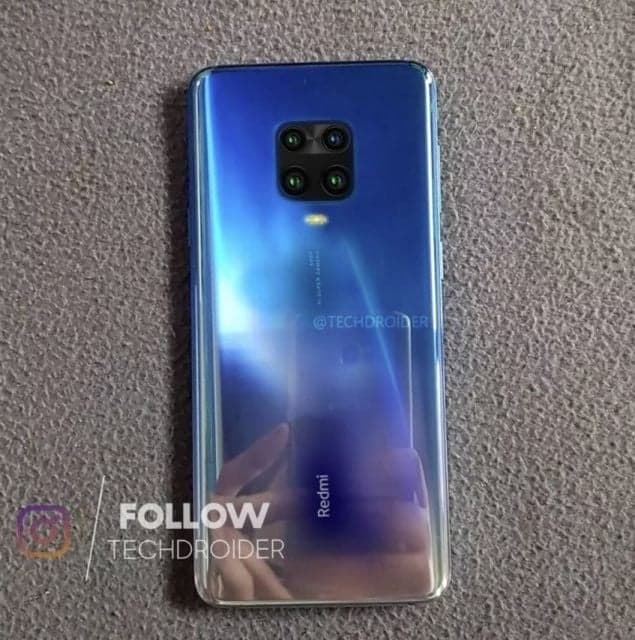 The above image reveals the Redmi Note 9 Pro in all its glory. Apparently, it’s the Aurora Blue variant that got spotted ahead of next week’s launch. The image has been shared by Techdroider and gives us a final and perhaps official glimpse of the upcoming mid-range king.

We recommend you to digest the above image with a pinch or two of salt. After all, we can’t confirm its authenticity. However, it’s a good way to imagine how the smartphone looks since it matches with the renders.