A leakster over on Weibo – the Chinese equivalent of Twitter – just exposed a custom version of the upcoming Huawei P40 Pro, this special edition is expected to be called “Red Flag”.

As we can see in the image above, the Huawei P40 Pro Red Flag appears to feature a two-color design with red and black, inspired by the Chinese luxury car marque owned by the automaker FAW Car Company – Hongqi.  Hongqi also means “Red Flag”, thus the name of this special edition.

The car maker actually revealed in the past on WeChat that Huawei was going to produce a dedicated version of the P40 Pro. So, today’s leak didn’t surprise too many people. The Huawei P40 Pro is also expected to launch along with a new car from Hongqi.

The exposed poster also reminds us that the P40 Pro will be officially released on March 26th. In terms of specifications, the P40 Pro will use a dual punch-hole full-screen solution; with a display refresh rate that could top at 90Hz. The smartphone will be packing the excellent Huawei Kirin 990 5G SOC; along with its support for SA, NSA dual-mode 5G. It’ll also support fast charging at up to 40W. Other features on the smartphone should include UFS 3.0 internal storage and LPDDR5; which would make it one of the fastest smartphones on the market.

Camera wise, the P40 Pro is expected to pack five Leica rear cameras; with the main camera  sporting 52MP resolution. While the telephoto will actually use a periscope lens for up to 10x optical zoom. 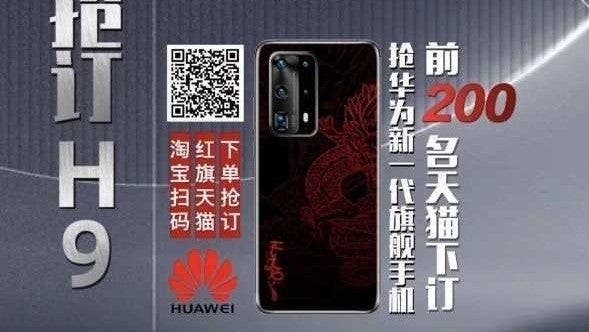 As with every Huawei launch, the P40 Pro will probably dominate the DxOMark ranking and become the king of next-generation mobile phone photography.

Finally, Huawei’s flagship may support Huawei’s in-house Wi-Fi 6+ technology. This tech will bring better chip-level collaboration and dynamic narrow bandwidth, along with end-to-end support a for very large bandwidth of 160MHz and the short-range speed is twice the 80MHz bandwidth (same as MU-MIMO).

Previous Malware threats: more than a billion Android at risk