Recently, at the Redmi K30 Pro series new product launch conference, the company not only announced two new machines but also released a ‘big’ TV – Redmi Smart TV MAX 98 inches. As Redmi is known for its cost-effective products, it’s logical this model costs less as well. In fact, its price is the fifth of other models on the market. However, in addition to Xiaomi and Redmi, Huawei (including Honor) has also entered the ‘big screen’ market. Moreover, we have already seen products such as the Honor Smart Screen and Huawei Smart Screen. As for now, some users have disclosed that Huawei will also launch a larger smart screen in the future. 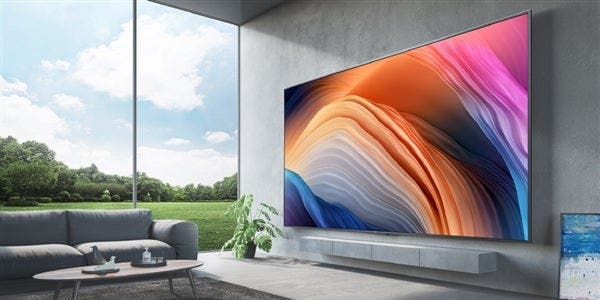 According to the official website information, currently offered Huawei smart screen products are available in 65-inch and 75-inch versions. The 75-inch version is the largest size of Huawei’s smart screen. So it turns out Huawei Smart Screen will launch a TV larger than 75 inches. There is every reason to think the size will be around 98 inches. It should have stronger performance and can bring better experience, but the price won’t be cheap either.

We think the upcoming Huawei TV will compete with the Redmi Smart TV MAX 98-inch. The latter is 13.6% larger than a single bed of 1.2 meters. It can play a table tennis match evenly, which can bring a more immersive viewing and gaming experience. Due to the large size, Redmi will provide a one-stop exclusive VIP customized delivery service for consumers who purchase this TV.