At the time we are in, the use of video conferencing to hold meetings has increased exponentially worldwide. With hundreds of thousands of people around the world holding virtual meetings from their homes. Similarly, Spaces is an app that wants to contribute their bit to these videoconferences. It is an application that allows users to do live video conferencing calls in virtual reality. And according to Uploadvr, use an adjustable camera and a virtual whiteboard.

Spaces app is available to download on PC from this page after filling out a form in which you have to provide various information. Its installation is straightforward, and once it is operational, its user integrates into an environment with a whiteboard and virtual markers, along with a camera that can users adjust at will. When the call begins, the other participants in it usually join. However, the user who is using the virtual reality environment will appear in it. Thanks to the virtual webcam, showing their avatar in a virtual reality environment. 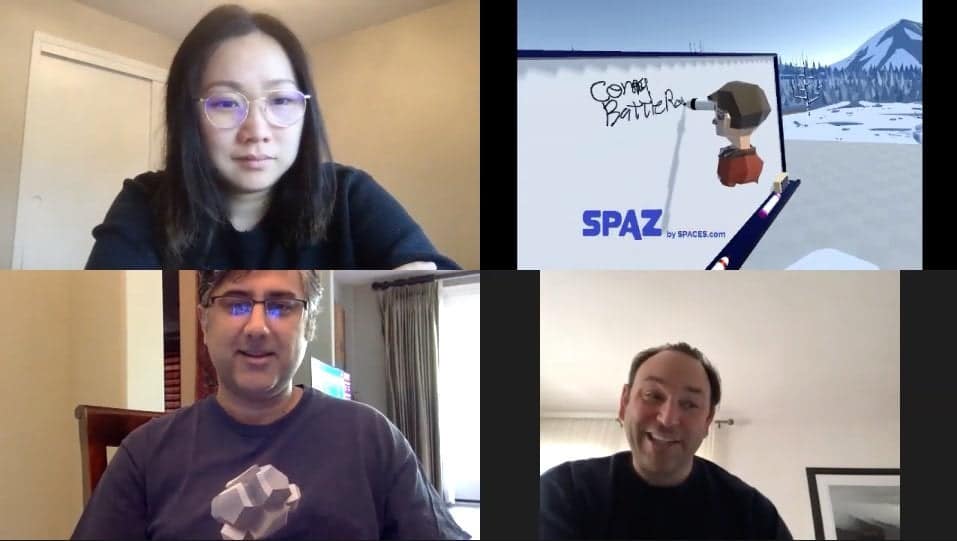 The Spaces app, according to its creators, works in the leading messaging and video conferencing companies. Such as Zoom, Skype, or Google Hangouts, among others. The developers of the tool point out that Spaces is not intended to be a substitute for tools that are designed to allow virtual reality meetings or calls.

It is rather a tool that lets you use virtual reality tools in a conventional video call, with users who are not using virtual reality. Thus, for example, the whiteboard provides an additional function that would be difficult to perform in real life in a video call. With a physical whiteboard, and the lighting options that Spaces also provides.

The installation of Spaces app, as we have mentioned, is quite simple. Just run the installation file as an administrator and load the tool when you want to use it. In addition, in the app that is being used to make video conferences in each case. Users must select the option corresponding to the appropriate camera as a video device. This is to ensure that the application shows the virtual webcam and not the actual webcam.

Next Telegram 6.0 for iOS, Android and PC is here and comes with great new features