Since its introduction in 2009, Slack has become one of the best communication platforms for companies. And they may not have succeeded in completely replacing email, but it certainly didn’t go too badly. The company debuted on the Stock Exchange last June, and, in just a few hours. It managed to get its valuation to exceed 23,000 million dollars.

From its demand in service, many new Open Source messaging app projects have emerged, which stand out for their strong commitment to security, offering companies to install (sometimes free of charge) the solution on their own servers. And its orientation to the world of software development and DevOps. They are as follows. 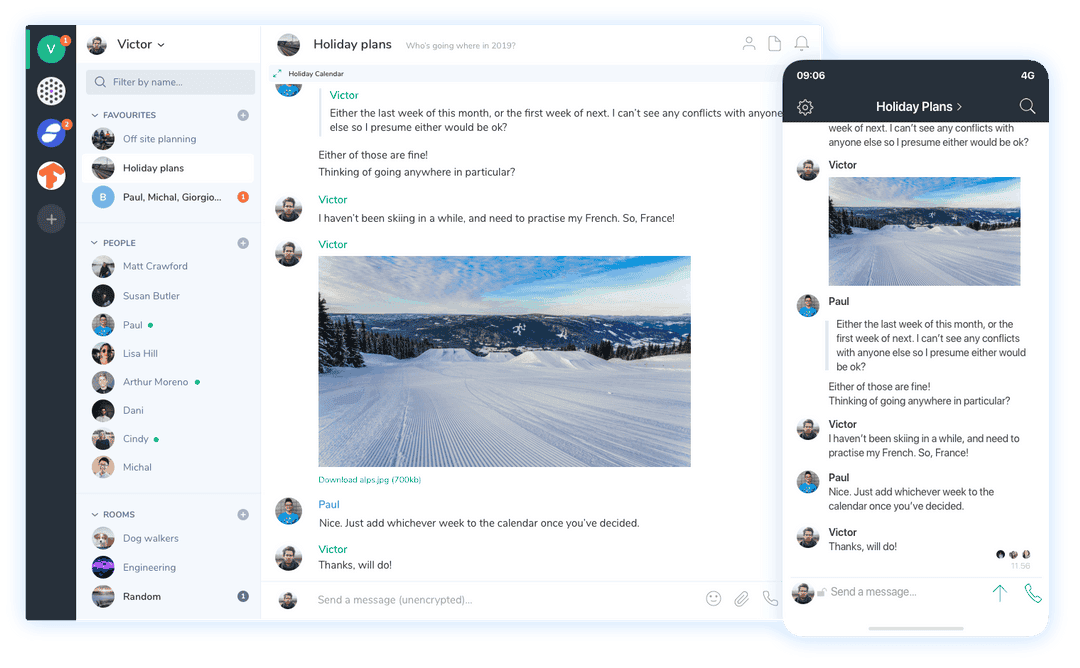 Like Slack, Riot allows you to chat, exchange files, make voice calls, hold video conferences, and work with some bots. The application is developed on the Matrix platform. That has two significant advantages in terms of security and privacy. The data gets store in a private server, and conversations are end-to-end encrypted.

Riot allows it to be installed for free on the servers of any company. Although those interested can also contract it as a managed hosting service. Like Slack, it also has open APIs that allow its integration in a good number of applications, like instant messaging standouts.

Riot has support for both the leading desktop platforms (Windows, macOS, Linux) and mobile (iOS, Android) and web version. 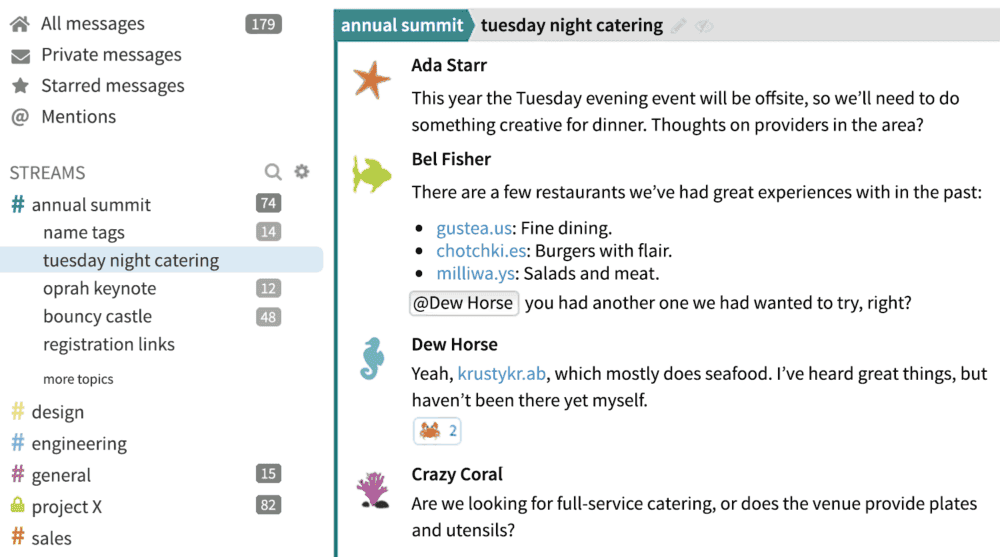 With a collaborative philosophy very similar to that found in Slack. The Zulip Chat approach, however, is committed to improving communication within channels. That according to the company, in Slack ends up being overwhelming and difficult to manage.

To achieve this, its function is to unify messages with real-time communication. That we find in instant messaging platforms and clients such as Slack, with the asynchronous email. So that messages don’t get lost in the flow of information.

In the integrations section, it has a large number of features like Slack, with an API that allows companies to develop new ones and support for IFTTT, Hubot, or Zapier. Similar to Riot, Zulip has applications for the leading platforms, although it does not have a web version. 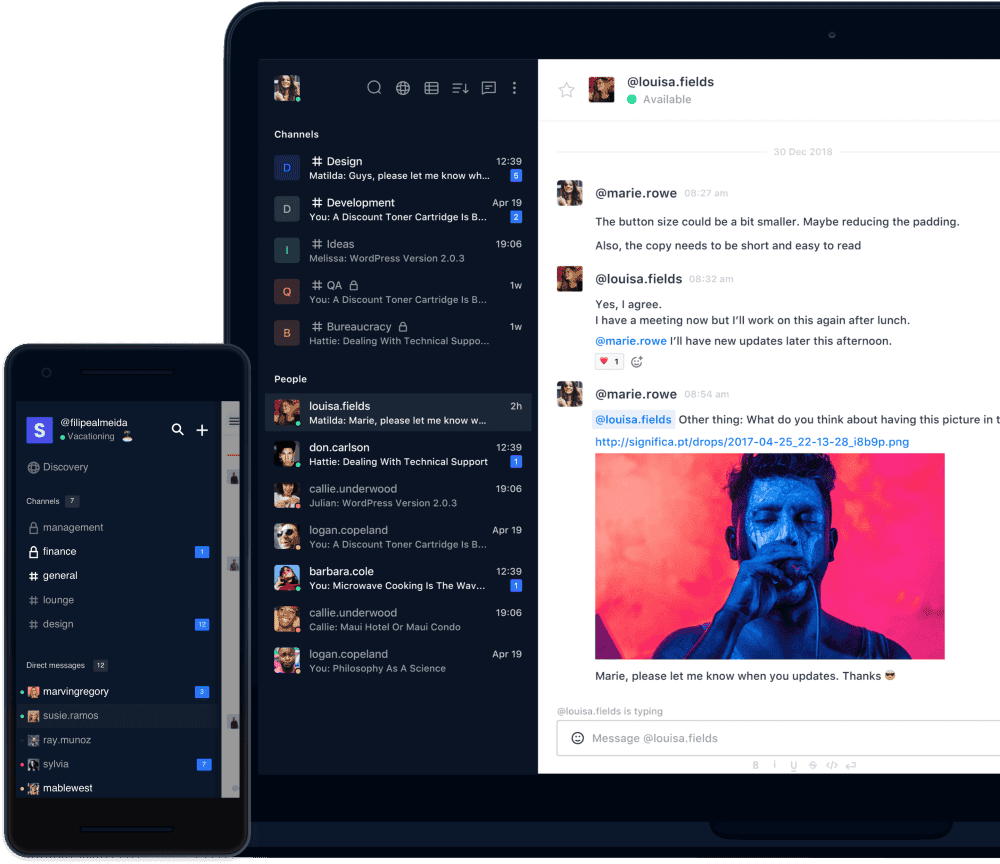 Rocket.Chat is one of the most solid alternatives to Slack that we can find right now, with companies like Intel, Samsung, RedHat, or Nokia among its main clients.

Although it is a general-purpose application, it also has a strong orientation to the world of software development and DevOps. With great native integrations for services such as GitHub, AWS, or Jira Software, among many others. On the communication side, it also allows having videoconferences natively.

In the security section, in addition to offering end-to-end conversation encryption, it provides the possibility of securing user access by enabling double-factor identification, and all kinds of “granular” permissions for the different channels.

Like other Slack Alternatives, it has applications support for the leading platforms. It allows its use in SaaS and On-Premises (also in private cloud solutions), but unlike the same, except in the “Community” edition. We will have to pay per user even if we install Rocket.Chat on our servers. 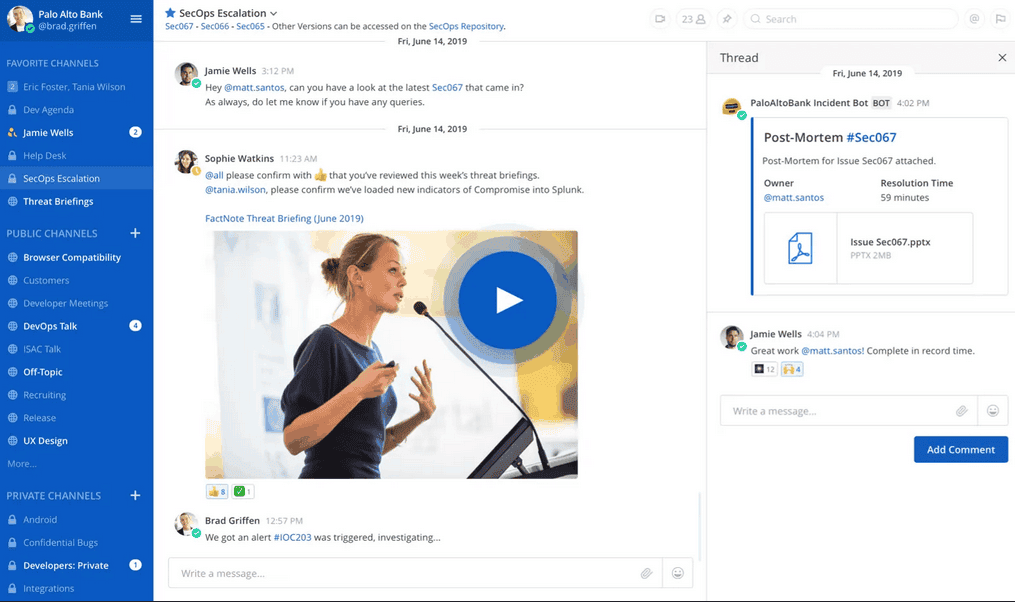 Perhaps the easiest way to define Mattermost is as a Slack Open Source “clone”. Its design and interface match the needs of large companies. And in this sense, the company boasts clients like Daimler, ING, or Cigna.

Mattermost has a strong orientation to the world of development and DevOps, with integration and practically among all the platforms and applications that model cloud scenarios. Such as Ansible, Bitbucket, AWS, Chef, Docker, Fedora, Jira, Jenkins, Nagios, etc. This makes it one of the best Slack Alternatives. 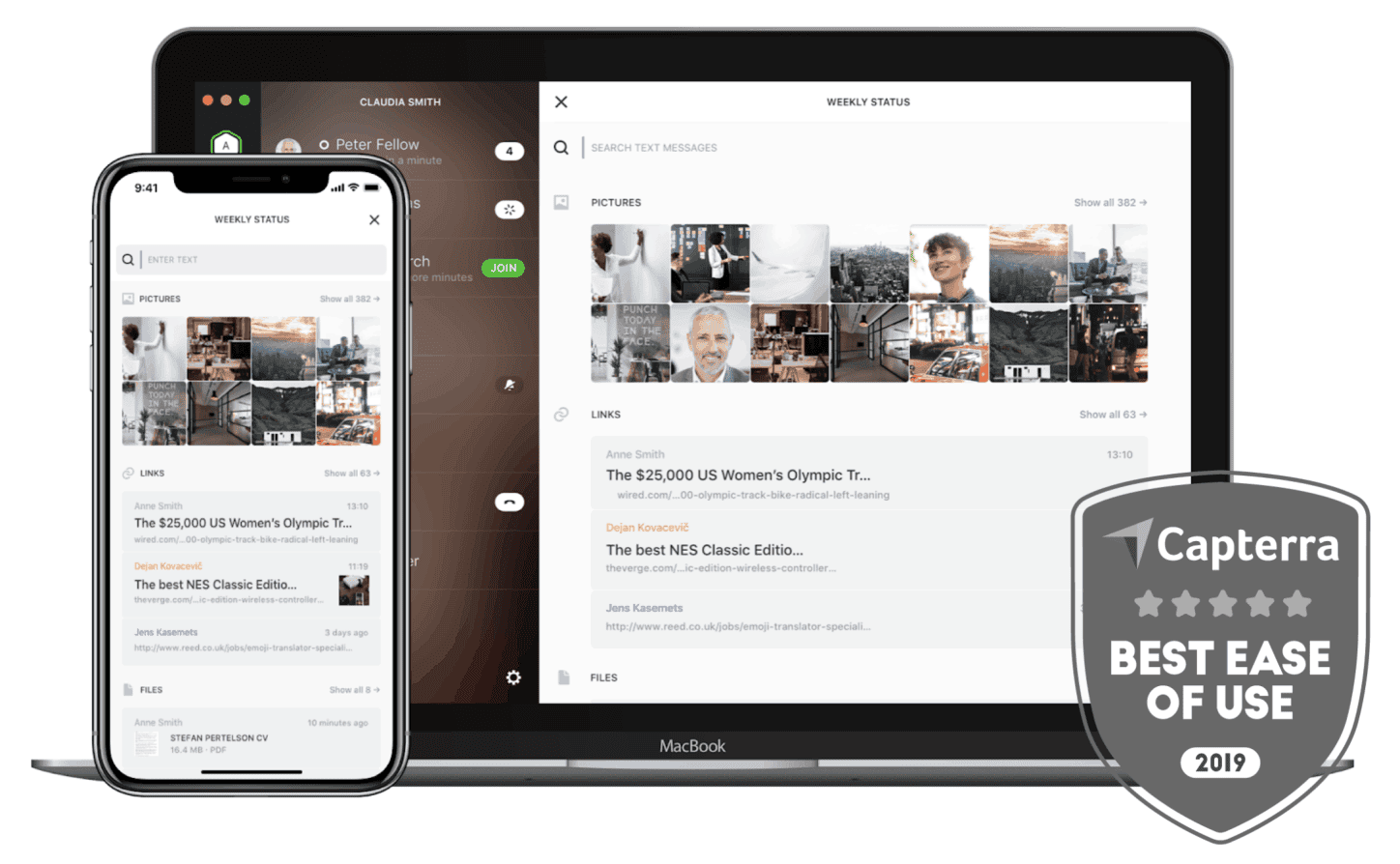 The latest Wire application is perhaps the most elegant. With a design that showcases its function in every little detail. Wire app is one of those solutions that allow boasting in the company. Contrary to the previous two, it is more based on the world of programming and development. And its primary focus of action is to facilitate communication in marketing and sales, human resources, or finance teams.

And although it has an interesting group of integrations with external services, the house brand its commitment to security. Alongside end-to-end message encryption, Wire promises to bring that encryption to multi-device scenarios (and not just where the initial contact occurs).

Telegram 6.0 for iOS, Android and PC is here and comes with great new features