New smartphones have been released intensively in March. And it will not be calm in April. After the release of Honor 30S, Zhao Ming, President of Honor, talked about the Honor 30 series in an exclusive interview, saying it has ‘the most beautiful design after Honor 8’. Also, he said it’s a phone that can impress most of the young consumers.

In addition, he also emphasized that the Honor 30 series will also contain many sharp technologies. As an important product to promote Honor’s ‘second-stage rocket’ strategic transformation, it will be extremely impactful, technically breakthrough, and full of confidence.

A few days ago, Onleaks reported that the Honor 30 series will not only carry the largest image sensor in the history of smartphones but one of the models will also debut the Kirin 985 chip. 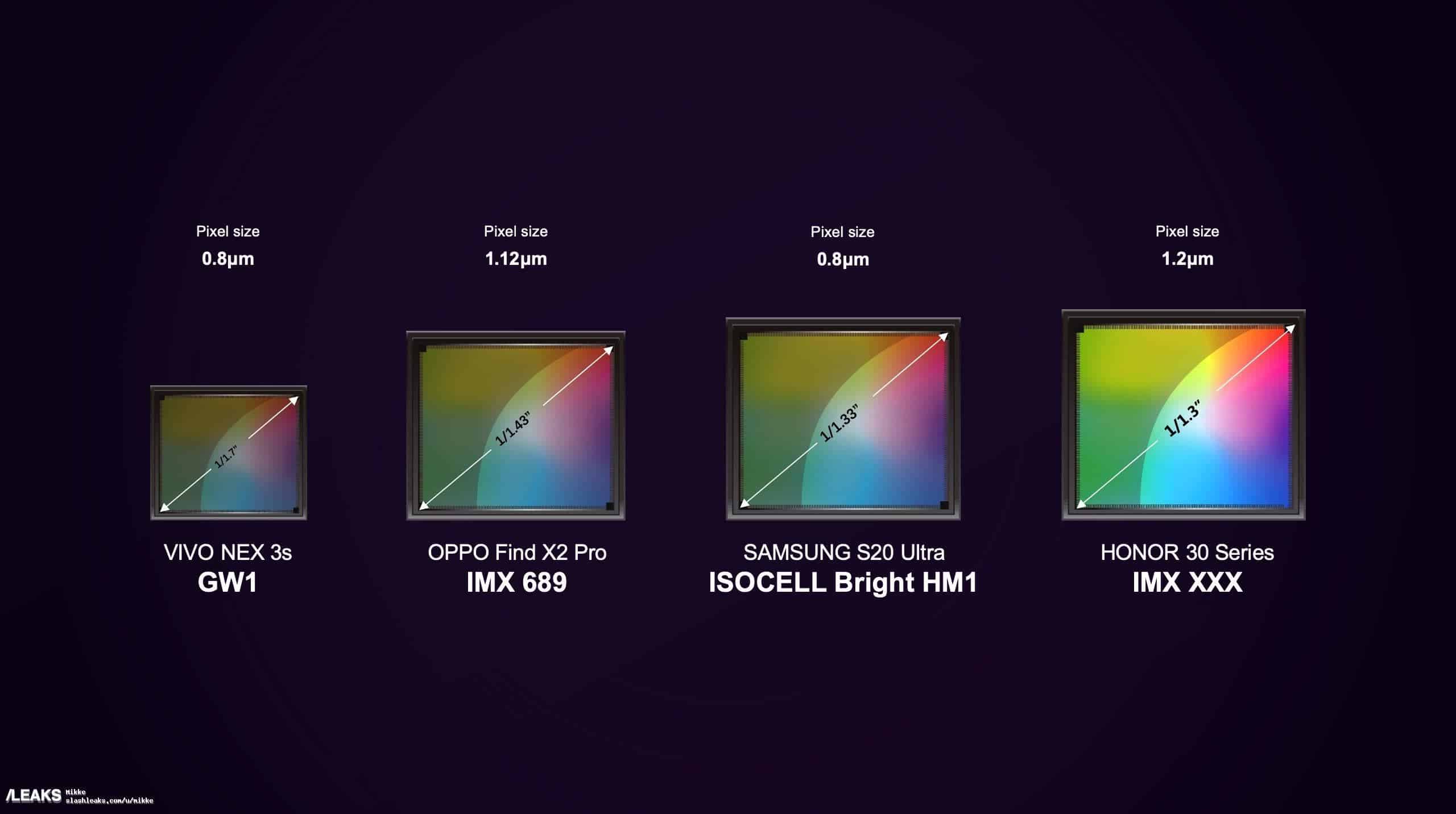 According to previous news, the positioning of the Kirin 985 is between Kirin 820 and Kirin 990. So there is every reason to think it will use the Cortex A76 large core design. However, we can’t insist on the specific size of the core combination is the same as Kirin 820.

We speculate that the Honor 30 series will provide two chips of Kirin 985 and Kirin 990. They will appear on different variants according to the model and positioning.

As a high-end flagship, the camera parameters of the Honor 30 series should also be a big highlight. In fact, SlashlLeaks revealed that the Honor 30 series will use a brand-new Sony customized sensor with a 50MP resolution and an outsole size of 1/1.3 inches. This is the largest in the industry.

Not only that, according to HuaweiCentral news, but the high-end model of the Honor 30 series will also provide a 90Hz high refresh rate screen.

On the whole, the Honor 30 series will usher in all-round upgrades on the chip, photography, and screen. Plus, as the company executive said, it will look quite attractive. So we can guess it will become a heavyweight model in the 5G market after listing.

The phone is scheduled to come on April 15.

Next COVID-19 and 5G: a combination ready to "kill" the smartphone industry?